Power couple and social influencers Hannah and Alia regularly post about travel, mental health awareness, LGBTQ+ issues, and social media empowerment. They also host a regular podcast, The Hers and Hers Vibe, where they banter about life, love, and the pursuit of queerness.

Hannah grew up in North Carolina where she graduated from Appalachian State University with a degree in journalism. She moved to New York City shortly after and pursued a number of jobs before becoming a full time social media content creator. Her partner Alia was born in Mississippi, raised in Alabama, and schooled in Atlanta, Georgia. She moved to New York City at 18 to attend an acting conservatory. The couple met through the Tinder app, and eventually moved in together. It was when they started accumulating a lot of photos that their roommates of the time suggested that they start an Instagram together. And since then, their social media presence has exploded. They now live in Atlanta.

The duo regularly post to their legions of dedicated fans and followers through Facebook and Instagram under @hersandhers_. They also have their own website, thehersandhers.com. And Hannah has her own YouTube channel, Hannah Magill, where she posts a weekly video about normalising and de-stigmatising mental health and the LGBTQ community. 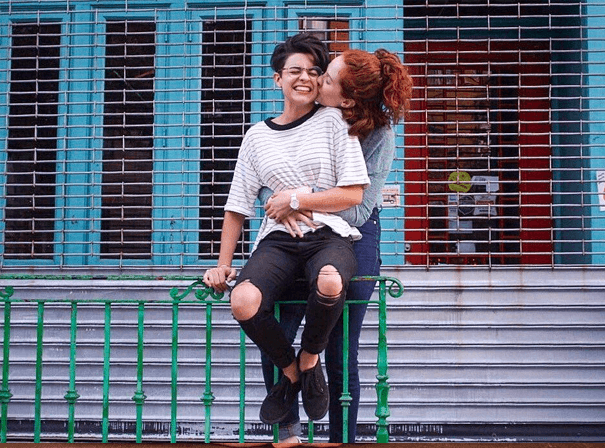