Hansi Flick is a talented football manager who has transformed the German national football team. Germany has enjoyed a remarkable tournaround since Flick was appointed in 2021, and there is now a growing sense of optimism amongst fans and players over the country’s chances of lifting the coveted World Cup trophy in Quatar in 2022. Flick has already achieved greatness is his management career, leading Bayern Munich to victory in the UEFA Champions League, the FIFA Club World Cup and two Bundesliga titles and becoming one of only two managers (alongside Pep Guardiola) to achieve a sextuple with their club .

Hailing from Heidelberg, Germany, Flick was a talented midfielder who played for Bayern Munich on 104 occasions, winning four Bundesliga titles and also playing in the 1987 European Cup Final. He began his managerial career as a player-manager at Viktoria Bammental in 1996, and in 2000 he retired as a player becoming manager of Oberliga Baden-Württemberg side 1899 Hoffenheim. During a brief spell as an assistant coach at Red Bull Salzburg he learned many things from world-renowned manager Giovanni Trapattoni, including how to develop relationships with players and world-beating tactics.

Flick became an assistant coach for Germany in 2006 before joining Bayern Munich as an assistant coach under Niko Kovač, and when the Croatian left Flick was given the head coach role. His success with the club during the 2019-20 season – including completing the continental treble for only the second time in the club’s history – made the world take notice of Flick. In 2021 he left to manage the German national team, after becoming one of Bayern’s most successful managers. With the World Cup now on the horizon, Flick now has his eyes on football’s greatest prize. 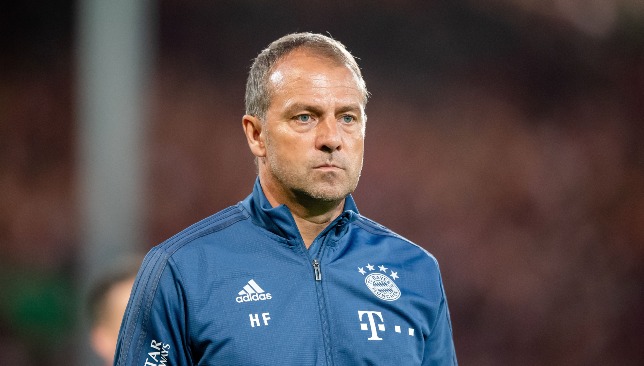