Jason Bennison – known better by his stage name J.D. Fortune – is a rock singer and songwriter best known for fronting INXS until August 2011. Fortune was the winner of the CBS reality television series Rock Star: INXS in 2005, a reality TV show where fifteen contestants battled to become the lead vocalist for legendary Australian rock band INXS. Following the series the band released new studio long player Switch featuring Fortune on lead vocals and also played around the world with the iconic rock group. Fortune has also released music as a solo artist, including the track ‘One More Day’ which features in the CBS television campaign for the series Miami Medical and ‘Wicked World’ which appeared in a promotion for television show Criminal Minds.

Born in Ontario and raised in Nova Scotia, Canada, Fortune grew up listening to his grandfather sing and perform music. His early career kicked off as a pop songwriter and entertainer for an Ontario television show, and he also fronted the band JUICe recording an album, In Retrospect, and the track ‘Always Be In The Game’ which featured on the Beyblade V-Force: Let It Rip soundtrack.
Despite his early success in the music business, the star was living in his car under a bridge when he applied for Rock Star: INXS. After being selected as a contestant he won the eleven-week show and went on to record and perform with the band for the next six years.

The last decade has seen Fortune concentrate on various solo projects including his Two “Seven in 7” albums (released through Red Rebel Music). More recently he has performed as the frontman of Canadian hard rock outfit Haywire. 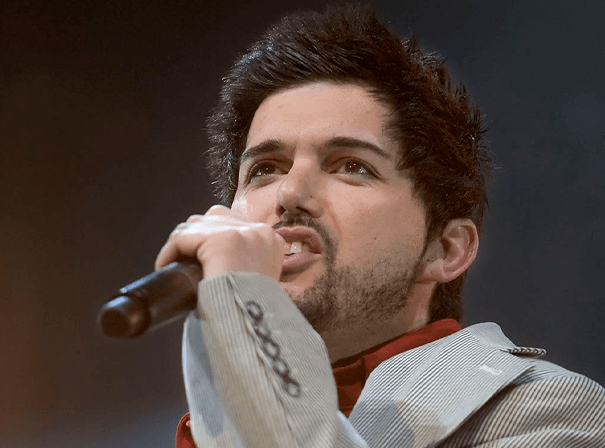