Jesse Kriel is a professional rugby union player who plays for the South Africa national team. The versatile utility back – who can play wing, centre or fullback – won the Rugby World Cup with his national side in 2019, and currently plays for Canon Eagles in the Japanese Top League.

Born in Cape Town, South Africa, Kriel’s sporting ability was spotted at a young age and his international rugby career kicked off whilst he was still in his teens. In 2012 he played in The South African School’s Side starting against France and England.
After he left school, he joined Pretoria’s Blue Bulls alongside his twin brother Dan for the start of the 2013 season and was named to the South Africa Under-20 squad, joining the side for the 2013 IRB Junior World Championship. His senior career began the following year, when he was included in the Bulls training squad and made his first class debut against Griquas in Pretoria.

In 2015 his international career took off when he was called up to the South Africa squad, making an impact by scoring a try for the team in the 2015 Rugby World Cup. He played for his country for the next four years, and was named in the 2019 Rugby World Cup squad. Kriel had to withdraw from the competition in the pool stage after an injury, but South Africa went on to win after beating England in the final. Kriel has no regrets about not appearing in the final, and remains proud of how he has always given his all to the Springbok team whenever possible. 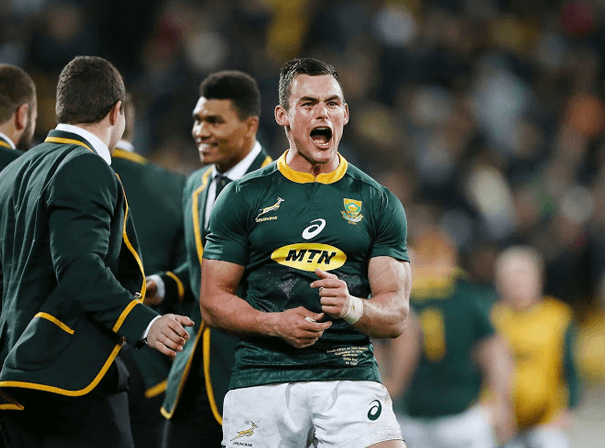