Jody Morris was a talented midfielder who had a fine Soccering career. Now retired, Jody played for sides including Leeds United and Millwall, St Johnstone and Chelsea as well as Rotherham. All this came after Jody impressed in the youth ranks and came up through the levels at Chelsea alongside England great John Terry. Jody was the youngest ever player to turn out in the Premier League when representing Chelsea aged just 17 and 43 days. It was a home game against Middlesborough in 1996 that that happened, and in the 1996 to 997 season Jody was named as Chelsea’s Young Player of the Year.
Jody had an impressive spell with Chelsea and in his time with the side turned out an impressive 124 times in the league and also got a winner’s medal after coming on as a sub in the FA Cup Final in the year 2000. Under the management of Gianluca Vialli he was also made team captain for a brief spell. When a new manager arrived, Jody found himself left out of the side and went on to sign for Leeds for a short 12 game spell, then Millwall, where he stayed for 70 appearances. Bad injury kept him out for a full season and after a trial at Charlton Athletic he went north to play in Scotland. With a real knowledge and passion for the game, Jody Morris is a great guest on any TV show, a fine sports personality to host an award or serve at charity function. 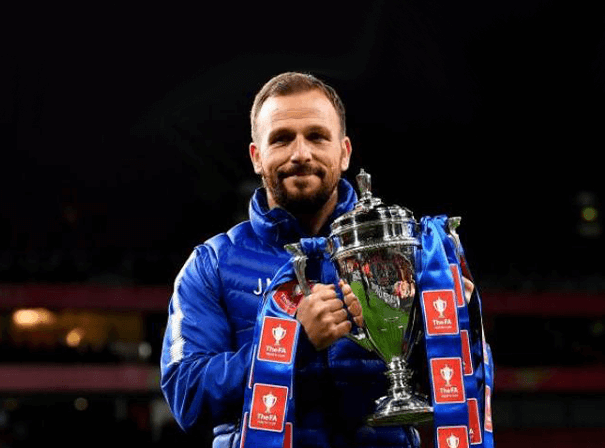