The news anchor has covered some of the nations, as well as the world’s, most important and gripping events since 1985. Born in Boston, John King graduated with a Bachelors in Journalism from the University of Rhode Island. The news anchor quickly joined the Associated Press after graduating, and officially began his career as a writer.

In 1991 John was named chief political correspondent of the Associated Press and headed their political coverage of both the 1992 and 1996 presidential elections. During his time with the company the talented anchor won the top reporting prize from the Associated Press Managing Editors’ Association for his coverage of the Gulf War. His wonderful work earned John the role of CNN’s Senior White House Correspondent in 1997, a position he dutifully served until 2005. That same year he was named CNN’s chief national correspondent, a position he still holds to this day. From 2014 to 2021 he has anchored the news program Inside Politics.

John has also made many appearances on The Situation Room and Anderson Cooper 360. The politics guru has been well known to use the multi-touch collaboration wall, also known as the magic wall or magic map, when reporting on elections. The innovative technology was first used in the 2008 presidential elections, and established by John in the 2016 and 2020 elections. In 2009 he became a host on State of the Union, and one year later on his very own talk show John King, USA. The political anchor has been praised endlessly for his coverage of the 2020 US presidential election. 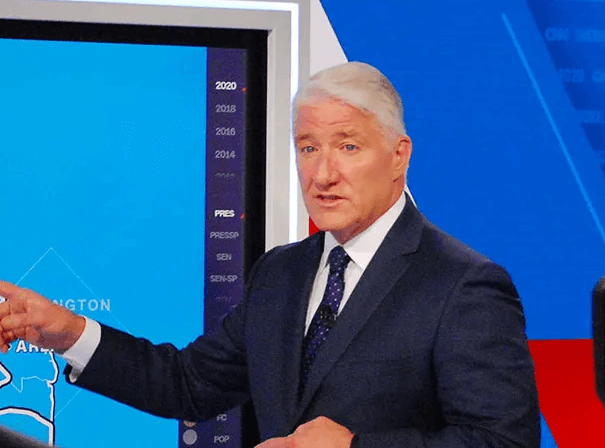