One of the most accomplished and admired broadcasters in British television, John Simpson is known around the world. He is a world affairs editor, broadcaster and author and columnist who was educated at Cambridge and joined the BBC back in 1966. He has remained there ever since and has worked on many high profile stories, initially including the troubles in Northern Ireland be-fore then becoming a foreign correspondent in Johannesburg, Dublin and Brussels.

John also covered the Iranian revolution and even flew with Ayatollah Khomeini to Tehran when making his victorious return. The Falklands War was another job for John that saw him reporting from Latin America and then making hits way to Buenos Aires to see the fall of the junta. In all he has worked in 140 countries and has interviewed more than 200 world leaders from Vladimir Putin to Mikhail Gorbachev to Margaret Thatcher and every other British Prime Minister. He has reported from the front line of 46 different wars, was the first Western journalist to make it into the KGB headquarters in Moscow and covered the end of South African apartheid. The Gulf War saw John almost killed in a bombing that took the lives of 18 others and for all his dedication to the cause John has picked up many of his industry’s key awards: an Emmy, Monte Carlo TV Festival’s Gold-en Nymph three BAFTAs and the Bayeux award for war reporting. He is a CBE and has been since 1991 and is president of The Chelsea Society. 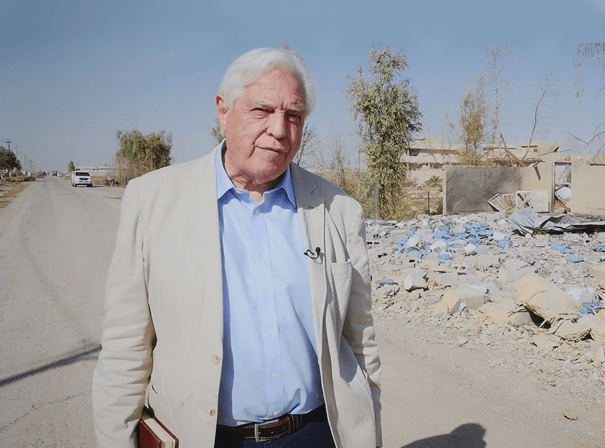