Jordan Buckley is best known for his role as founding member and lead guitarist of the fantastic punk metalcore band Every Time I Die, a band at the forefront of modern punk and metal music in today’s industry. Best known for their energetic and intensely performed live concerts and their experimental music, Every Time I Die have come far from their early days in 1998 and after initially signing with Ferret Music label, they have taken the world of heavy metal by storm as a strong new influence on the scene with a sound that is constantly evolving. Buckley is a founding member, and has been a constant presence in the band’s line up, and can be heard on all eight studio albums that the band have released, the latest being Low Teens, which was released in 2016. Labelled as metalcore icons since they burst onto the scene, the band have gone on to combine a wide array of elements into the music, with influences from alternative metal, southern metal and scream that together create a unique sound.

Together with the band, Buckley has played with many other artists over the years, including tours alongside other groups including Killswitch Engage and Fall Out Boy, with Pete Wentz featuring on a track for their album New Junk Aesthetic. They are also regular faces at the annual Warped Tour, bringing fans of alternative metal together from across the globe.

Aside from tours, Buckley has also written for video game soundtracks, and his songs can be heard on the likes of MotorStorm, Guitar Hero 2 and many others. He is also an accomplished artist and runs his own clothing brand titled JBWW, which he designs for. 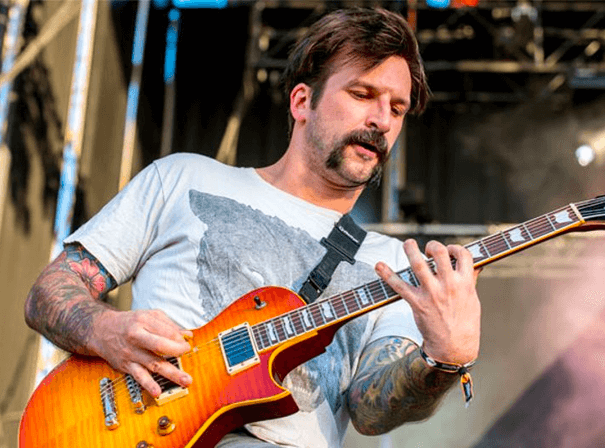