Quick-witted and with a sharp tongue to boot, Joy Taylor has kicked down the doors of the boy’s club and has been shaking up sports talk radio ever since. Currently, she co-hosts the groundbreaking programme The Herd and hosts her weekly YouTube show, Joy Taylor Talks. If that’s not enough, Taylor hosts both Twitch and Prime Video’s Thursday Night Football show, Scouts Feed and hosts The Joy Taylor Show on Fox Sports Radio. In short, Taylor is a force to be reckoned with in the national sports media scene.

The Pittsburgh native launched her formidable career while at Barry University in Miami Shores. After a long line of interning and producing for a variety of Miami radio giants, Taylor caught her first co-hosting job on 790AM’s The Ticket Morning Show. From there, she hosted CBSSports.com’s Thursday Night Live and Fantasy Football Today features. While she earned her stripes on the Miami scene, Taylor soon flew the nest and joined the FS1 team in Los Angeles.

While hosting UNDISPUTED, Taylor covered some of the most significant sporting events such as the Super Bowl, MLB All-Star Weekend, the Floyd Mayweather-Conor McGregor fight and the NBA Finals, to name a few. She is well known for her fearlessness and comfort in diverse subject matter, and her list of interviewees is a statement of her stellar personality. She has interviewed legendary Super Bowl MVP’s Eli Manning and Drew Brees, Basketball Hall of Famer Kareem Abdul-Jabbar and boxing champ Oscar de la Hoya. Not to be pigeon-holed into sport alone, Taylor has also sat down with big music legends Ice Cube, Snoop Dogg, LL Cool J and the Reverend Jesse Jackson. An unstoppable force, Taylor has a bright and exciting career ahead of her. 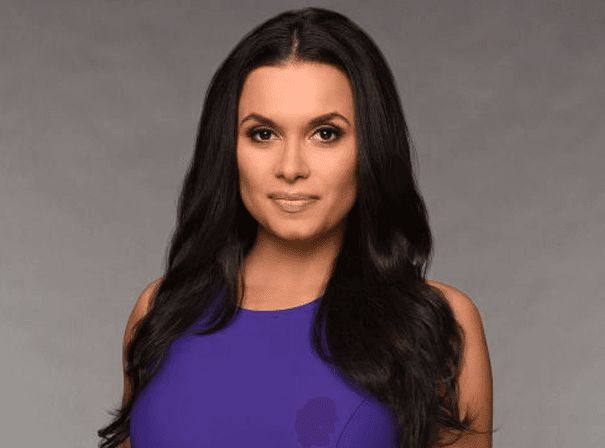