Spanish left-back Juan Bernat has played in three of Europe’s biggest leagues: La Liga, the Bundesliga, and currently, the French Ligue 1. He has been a part of the Paris Saint-Germain defensive line since joining them in August 2018. To date, he has made nearly 100 appearances for them, helping them to win three Ligue 1 titles, various cups, and finish runners-up in the Champions League. Despite being a defender, he has scored against some of the world’s biggest clubs, including Manchester United and Liverpool.

Bernat’s footballing career began aged seven when he joined Valencia, the nearest major club to his hometown of Cullera, in 2000. He came up through their youth system, and made his debut for their reserve team, Valencia B, in the Spanish third division in 2011. He made his first-team debut the same season and gradually established himself as a key senior player, making more than 50 first-team appearances before moving to German giants Bayern Munich in July 2014. He was soon attracting wider attention, with the Outside the Boot website naming him top of their 20 Young Players of 2014 poll.

Bernat eventually played 114 games for Bayern in four seasons, winning the Bundesliga every time. In August 2018, he was bought by Paris Saint-Germain and went straight into their first team. In his four seasons with them to date, he has won Ligue 1 three times, meaning that he has won a major league title medal in seven of his last eight seasons. 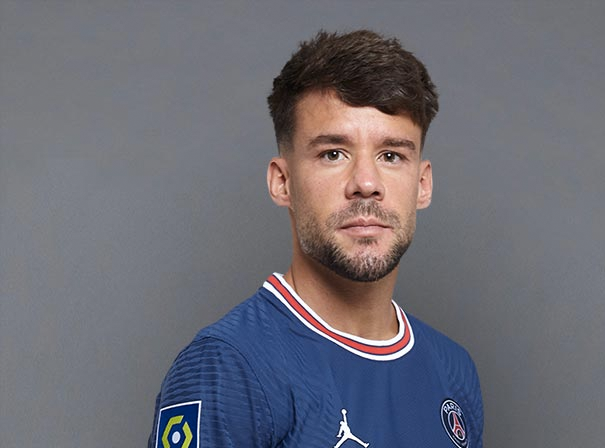