Katherine Heigl has been a regular presence across both television and cinema screens since the early 1990s. A former fashion model, she’s also stepped behind the camera, acting as a producer on State of Affairs, Life as We Know It and One for the Money. Heigl made her screen debut in the 1992 film The Night before landing parts in My Father The Hero and Under Siege 2: Dark Territory. Now she is recognised by fans of both Suits and ABC’s Grey’s Anatomy for central roles which brought her international acclaim and recognition, including the Primetime Emmy Award for Outstanding Supporting Actress in a Drama Series in 2007.

Heigl has also received nominations for Saturn and Teen Choice Awards, thanks to a starring role in sci-fi TV series Roswell. Her best-known film appearances have been made in Knocked Up, 27 Dresses, Killers, Unforgettable and The Big Wedding. Always bringing a glamorous star quality to her roles, she has long been a magazine cover model, featuring on the likes of Maxim, Cosmo and Vanity Fair. Heigl has worked with Best Friends Animal Society on several projects, and has founded the Hounds of Hope foundation alongside her mother, earning a Presidential Service Award from the ASPCA for her dedication to animal welfare. Thanks to high-profile performances that span television and cinema, Katherine Heigl remains one of American entertainment’s most beloved figures. 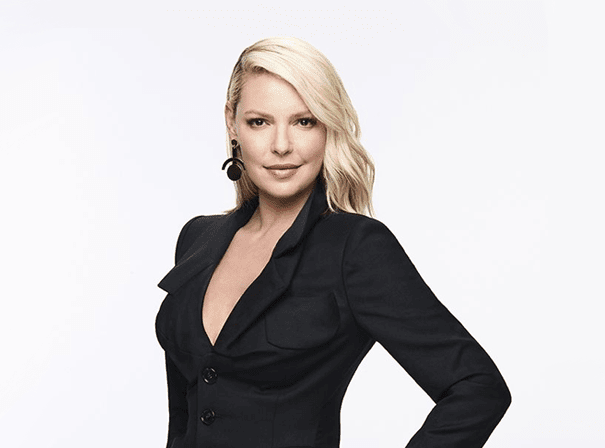