Long established as Australia’s Daytime TV Queen, and with an ever-growing reputation for speaking her mind, Kerri-Anne Kennerley is one of her home country’s most celebrated and talked-about celebrities. She first appeared on Australian television screens in 1967 and has rarely left them since. Inducted into the Logie Hall of Fame in 2017, she currently confronts hot-button topics on Studio 10, a morning talk show broadcast nationally on Network 10.

Born in Brisbane, Kennerley began her media career as a teenager appearing on popular children’s shows. In the 1970s, she relocated to America, regularly touring as a cabaret singer. In 1981, she returned to her homeland, continuing to sing and release music whilst also resuming her acting career—she played Melinda Burgess in teen soap opera The Restless Years. But it was her eleven years spent hosting Network Ten’s Good Morning Australia that truly transformed her into a household name. Her next project was the variety show, Midday, for which she earned three Logie nominations in three years. In 2002, she was finally given her own show, Kerri-Anne, which ran for nearly a decade and is still remembered for its memorable interviews.

Away from television, Kennerley has long been a successful businesswoman and relentless charity worker. She is an ambassador for Look Good Feel Better, has served on the Council for the Order of Australia, and sits on the board of Golf Australia. One of the more distinctive honours she has received came in 2018 when she was chosen to feature on a set of stamps celebrating some of Australia’s best-loved entertainers. 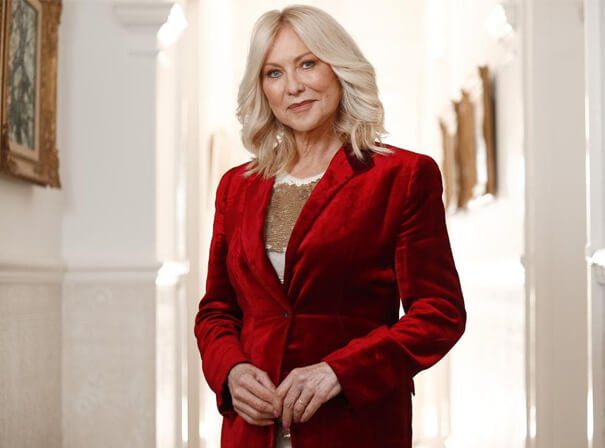