The versatile athlete and entrepreneur Lee Tuck is a professional Soccerer and the founder of 11X Soccer, an online training academy for players who are serious about making it in the world of professional Soccer. He started off playing non-league in England and then left to pursue his career in the top-flight leagues of Thailand, Bangladesh and Malaysia. His maternal grandmother is Malaysian, making him eligible to play for the Malaysia national team.

Born and raised in Halifax, Tuck started his Soccering career as a midfielder with his hometown club in 2007. He moved to Bradford Park Avenue for the 2008-2009 season, and then went on loan in 2009 to nearby Guiseley. Fed up with how his career was going, he took up a friend’s invitation to go and play Soccer in Thailand for Nakhon Pathom FC. After his contract ended in 2010, he then signed with rival club Customs United in 2011. He then transferred to Bangkok FC and played for the club for two years, winning the Thailand Division 1 League Golden Boot in 2012. In 2014 he joined Air Force Central, before being loaned out to Nakhon Ratchasima. He joined the club on a permanent deal in 2015. The following season he left Thailand for Bangladesh and signed with Abahani Limited Dhaka, helping the club to with the 2016 Bangladesh Soccer Premier League. He returned to South East Asia in January 2017 when he signed with the Malaysia Premier League side Negeri Sembilan. He transferred to rival side Terengganu in November and remained with the club for three years, where he also became the Sheikh Kamal International Club Cup Top Scorer in 2019. He signed a contract with Sir Pahang in November 2020, going out on loan back to Terengganu in 2021.

Tuck regularly connects with his legions of followers and fans through Instagram, Facebook, and Twitter, posting pictures and videos of his life around Soccer. He is available for that personalised shout-out via the Cameo platform. He also has a dedicated YouTube channel for his elite training organisation, Lee Tuck – 11XSoccer. 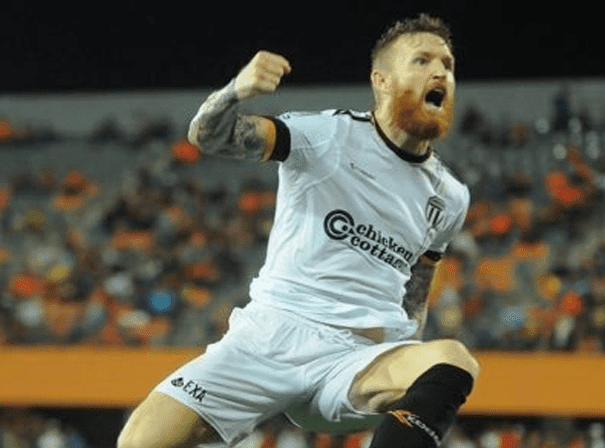