Marco Verratti is widely held to be one of the world’s greatest midfielders. A shrewd and technically brilliant playmaker, he has spent more than a decade playing in France with Paris Saint-Germain — a period in which they have almost totally dominated French domestic football and also reached their first-ever Champions League final. Among the trophies that Verratti has lifted are eight Ligue 1 Championships and 12 Coupe de France and Coupe de League. He has also won nearly 50 caps for his native Italy and won Euro 2020 with them.

Verratti was born in the Italian city of Pescara in 1992. He began his football career with the local Serie B club, staying with them despite offers from the likes of AC Milan. He made his professional debut in Serie B during the 2008-09 season and went on to become their star player, being named Serie B Footballer of the Year in 2012. Despite his admirable loyalty to his hometown club, too many major clubs wanted him, and he was eventually sold to Paris Saint-Germain in July 2012. He has, however, stayed with them ever since, showing his sense of loyalty is innate.

PSG won the Ligue 1 title in Verratti’s first four seasons with them, and the end of the second, he was named Ligue 1 Young Player of the Year. Today, with close to 400 appearances, he has the third-most appearances of any PSG player ever, and will shortly overtake Sylvain Armand to have the second-most. 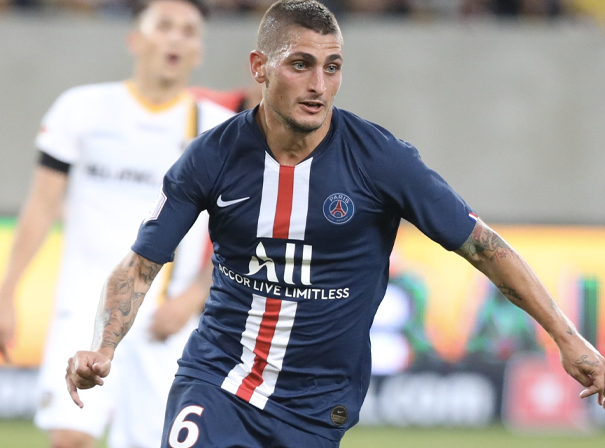