The superbly talented and unique Marina Lambrini Diamandis, aka Marina, is an award-winning, platinum-selling singer-songwriter known for her cohesive sound and introspective lyrical content, who burst onto the music scene in 2009 under the stage name Marina and the Diamonds. She boasts an incredibly passionate global fan base with an online following in excess of 7 million.

Born in Wales, Marina moved to London as a teenager to pursue a career in music, despite having little formal training. She wrote her own music, taught herself how to play the piano, and self-composed and produced her earlier demos using GarageBand. She went on to independently release her debut EP, Mermaid vs Sailor, through Myspace in 2007. She signed her first recording contract in 2008, and after releasing her debut single, Obsessions, and a second EP, she shot to prominence when she was placed second in the BBC’s Sound of 2010. She released her debut album, The Family Jewels, in 2010, which quickly became a Top 10 album reaching No. 5, and was gold certified. Her second album, Electra Heart, came out two years later and debuted at No.1 in the UK Album Chart. Her third album, Froot, was released in 2015 and reached No.1 on the iTunes Top Albums chart. Her fourth album, 2019’s Love + Fear, debuted among the Top 5 in the UK and in the Top 10 on the US Albums chart. All four of her albums were accompanied by sell-out headline tours. Her fifth studio album, Ancient Dreams in a Modern Land, was released in 2021.

Marina regularly connects with her millions of dedicated followers and fans through Instagram, Twitter, Facebook, and TikTok, posting pictures and videos about her life in and out of the recording studio. She has a YouTube channel, MARINA, as well as an official website, marinaofficial.co.uk. 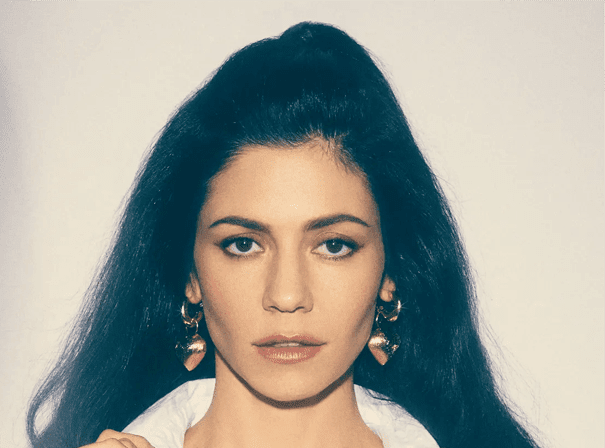