With his distinctive hairstyle, Belgian midfielder Marouane Fellaini is one of the most recognisable Soccerers of the last twenty years. Thankfully, he’s also known for his skill; a skill recognised when the world’s biggest Soccer club, Manchester United, signed him for £27.5 million. He spent six years at Old Trafford, making over 175 appearances and helping them to win the FA Cup and Europa League. At international level, he has won 87 caps for Belgium, scoring 18 goals and reaching the quarter-finals of the 2014 World Cup, quarter-finals of Euro 2016, and semi-finals of the 2018 World Cup.

Soccer runs in Fellaini’s family — his father was a professional goalkeeper in Morocco and Belgium — and he showed promise in the sport from an early age, joining Anderlecht’s Academy aged 8. After trials with several teams, he turned professional with Standard Liege, establishing himself as one of the country’s best midfielders and winning the prized Ebony Shoe award. Despite interest from several other big names, Fellaini moved to England and Everton in 2008, becoming their record signing and the most expensive Belgian player. He would spend six seasons at Everton, cementing his reputation as one of the Premier League’s greatest midfielders and becoming a favourite with the Goodison Park faithful. When manager David Moyes moved to Manchester United, it wasn’t long before Fellaini joined him.

Fellaini has arguably had his greatest success at international level, being part of a resurgent Belgian team that has made at least the final 16 of the last three world Soccer tournaments. He still competes domestically, having signed for Chinese Super League side Shandong Luneng the same year. 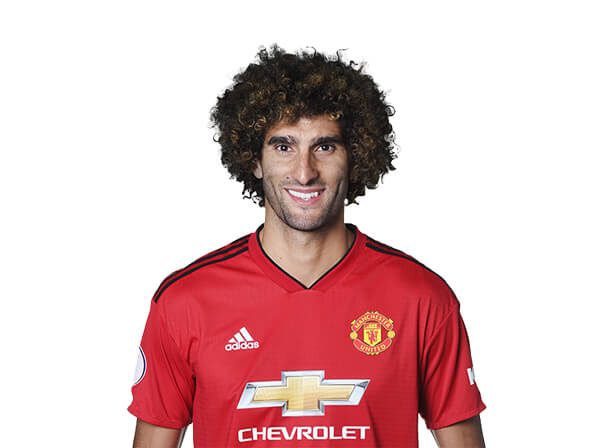