Canadian-American singer, Meghan Patrick is famous for her country songs and also for being a songwriter. Patrick was first the lead singer of the Stone Sparrows, with whom he had released an extended play and a full length album before the group decided to break up in 2013. Patrick decided to pursue a solo career as a country singer, and not long after the group broke up, she was able to sign a recording contract with Warner Music Canada. Through Warner Music Canada, Patrick released her debut album Grace & Grit. After having released this album, Patrick worked with producers like Justing Niebank, Vince Gill, Carly McKillip and Chris Baseford. For her publishing, Patrick collaborated with Rodney Clawson, Gord Bamford, Cantal Kreviazuk, Bruce Wallace, etc. She was nominated for Songwriter of the Year in 2016, with co-writer Chad Kroeger at the Canadian Country Music Association Awards for her song Bow Chicka Wow Wow. In 2017, Patrick supported artist Tom Cochrane for his 25t anniversary tour for his album titled Mad Mad World. Patrick shared the stage with Dwight Yoakam, Lady Antebellum, Jon Pardi, Kip Moore and Gord Bamford. Her latest work was the release of her third album in 2021, titled Heart on My Glass. It was her first debut American release which included her singles My First Car and Never Giving Up on You. 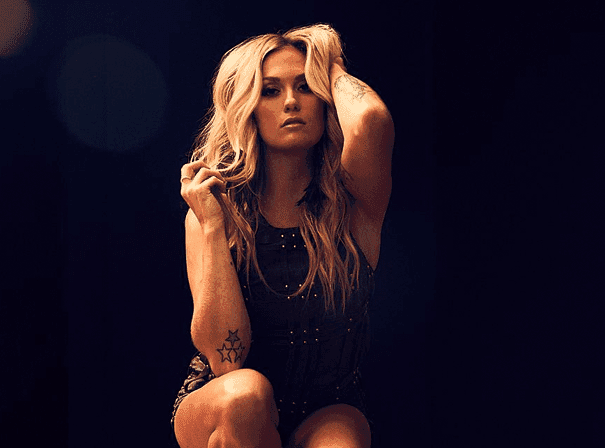