The brightest star the world has ever seen has got to be Millie Bright. It says it right there in her name. She is a star…. A star on the field that is. This English Soccerer is best known for her defensive skills on the Chelsea and England national Soccer club team.

Bright has had a strong passion for Soccer, and it shows in her hunger to win. She has built up a minimal, but strong resume of teams. During her Youth career, Bright has built her experience with Killamarsh Dynamos and Sheffield United. Starting in 2009, she kicked off her Senior career with the Doncaster Belles, dominating the turf. It wasn’t until she was picked up by Chelsea that she became a world champion on and off the field. By the end of her first campaign with the club she had won both the WSL1 and Women’s FA Cup. She was also named Chelsea Players’ Player of the Year by her teammates. Alongside her Chelsea career, Bright also played for the England Women’s National Soccer Team. Becoming a Lioness while simultaneously being a Blue has launched Bright’s career to notorious levels of destruction. Under both teams Bright has won both the FA WSL title and Women’s FA Cup with Chelsea.

Bright’s career has been shown, not only on the field, but on the television screen as well. She has appeared on many television features regarding her Soccer career including The Women’s Soccer Social, Summer of Sport: Women’s Euro 2017, The Women’s Soccer Show, BBC Sport: Women’s FA Cup, Women’s International Soccer, The One Show and Match of the Day. As destructive as she is on the field, her heart is as soft as can be, as it shows in her dedication to surrounding UK organisations such as Make A Wish UK and the Darby Rimmer Foundation. 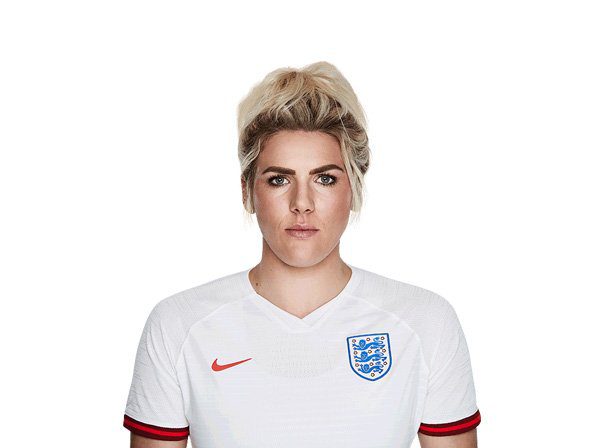