Raised in Hemel Hampstead, Brown enrolled in the Abbot’s Hill School and became part of The Chamber Choir, partaking in international vocal competitions. Brown was also an avid athlete during her school days, playing in school netball, lacrosse and athletics teams before studying public relations at the University of Bournemouth.

Aside from her successful television career, Brown is a noted online influencer. Her blog Life of Mon sees Brown share her opinion and experience on various topics such as fashion, fitness and music, reaching a broad demographic of young people across Britain and beyond. She is highly active on social media, with over 1.3 million followers on Instagram, 277,000 Twitter followers and 42,000 subscribers on her self-titled YouTube channel. Thanks to her charm, charisma and magnetic screen presence, this glamorous young celebrity is headed towards high-profile opportunities in television and beyond. 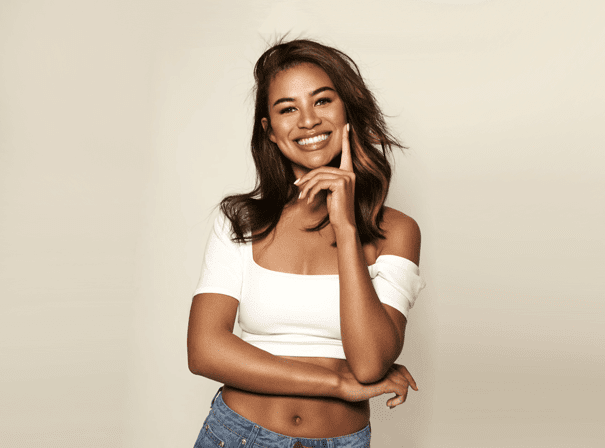