Nyusha is famously known as a Russian singer and songwriter. She was born in 1990 in a family of musicians which led her to begin her love for music at a really early age. Nyusha first appeared in a studio when she was 5 years old, with her song Pesenke Bolshoy Medvedisty or as known in English Song of the Great Bear. When she turned 11, Nyusha performed on stage with her group Grizli, and the group toured in Russia and Germany. In 2009, Nyusha released her first single titled Voyu Na Lunu or as it translated in English Howl at the Moon, and it won Song of the Year. As a teenager, Nyusha auditioned in The New Wave 2008, where she was placed seventh. She later signed with Warner Music Russia, with whom she released her debut studio album titled Vybirat Chudo in 2010. In 2011’s MTV Europe Music Awards, Nyusha won the Best Russian Act award for her four number one singles of her debut studio album. Three years later, Nyusha won the same award at the 2014 MTV Europe Music Awards. In 2014, her song Only, was premiered at the Russian branch of the online store, iTunes. Nyusha also won The Best Singer award in 2014’s Crocus City Hall which was hosted by RU TV channel. In 2015, she released her single Where You Are, There I Am. Nyusha married in 2017 to Igor Sivov and had a daughter who the couple named Simba, in 2018. 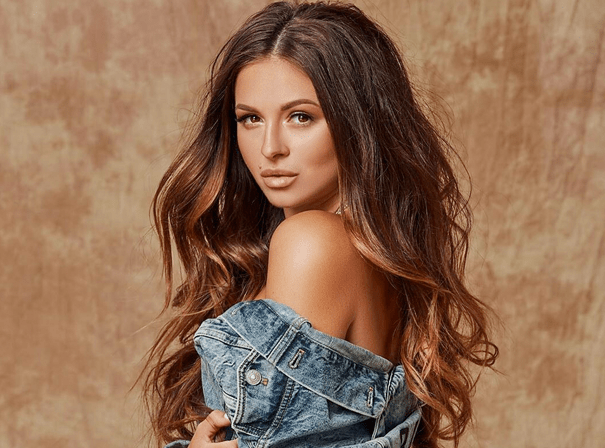