Despite her Ukrainian origins, Oksana Masters has made her name, and won her five Paralympic gold medals, representing Team USA. An incredibly diverse athlete, she has won major medals in para cross-country skiing, the women’s para biathlon, para-rowing, and para-cycling. Her achievements have been celebrated across the world by the likes of Sports Illustrated, British newspaper The Guardian (who named her one of the ten American athletes to watch), and Apple. She has also become something of a barrier-breaking sex symbol, posing nude for ESPN magazine’s Body Issue and being named as one of the “hottest” athletes in the world by MSN.

Masters’ accomplishments are incredible, and her backstory makes them even more astounding: born in the aftermath of the Chernobyl disaster, just a few hundred kilometres away from her hometown, she suffered radiation poisoning in the womb and was born with several congenital disorders. She was abandoned by her parents and left in a Ukrainian orphanage until she was seven. She was then adopted by an American college lecturer who took her to live in the United States, first in New York and then Kentucky. Here, she received proper medical attention, including the amputation of her legs and corrective surgery on her hands.

As a teenager, Masters began adaptive rowing and would eventually set a world record in the event. She won her first Paralympic medal at the 2012 London games, winning bronze in the mixed double sculls. Following this success, she took up skiing and it was in this sport that she enjoyed major success, winning many silver and bronze medals before finally taking two golds at the 2018 Winter Paralympics. She also won a gold relay medal at the 2022 Games — the same tournament that saw her win two gold medals in the para biathlon. 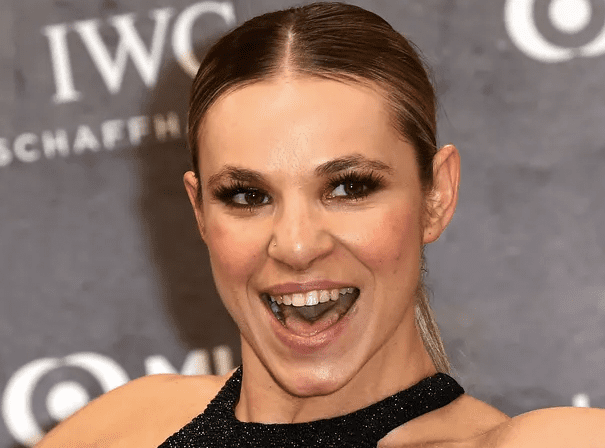