Las Payasitas Nifu Nifa is a children’s entertainment company created in September 1984 in Caracas, Venezuela by Gianna Mara Lodi Ibarra and her husband Roberto Gutierrez Brito. During its early years (1984-1986), the Children’s World Nifu Nifa was known for appearing at children’s parties throughout Caracas. Nifu Nifa extended to cities in the interior of the country in 1986, when they built the capacity to do five simultaneous presentations. As a result, Las Payasitas began to be approached by various foundations, governments, towns, and social clubs to appear at a variety of fairs, galas, kermesses, and events.

The company went on to make their debut appearance on national television, via Venevisión, appearing on the morning magazine “Complicidades”. By the summer of 1987, Complicidades had become one of Venezuelan television’s most popular shows, and the Payasitas Nifu Nifa had become a holiday season success for kids.

Payasitas Nifu Nifa released 22 albums on the worldwide market, with several of them earning gold and platinum certifications in various Latin American countries. They are also pioneers in children’s radio programs on FM radio in Venezuela, as the program “Mundo Infantil Nifu Nifa” was the first to be broadcast on the air on FM frequency in Caracas, through the Unión Radio Circuit’s station La Mega Estación 107.3 FM, in 1988, according to the History of Radio in Venezuela. They have performed in a variety of events, shows, television programs, and presentations, including the Walt Disney World on Ice shows in Venezuela (1988), the Telethon 20-30 in Panama1, the Miami Carnival, the Venezuelan Festival of Independence, and other national and international shows. 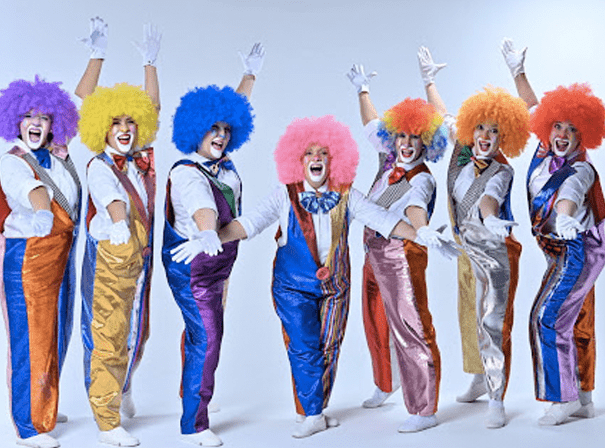