Roberto Di Matteo is a celebrated former Soccer player and manager, best known for his time playing and later serving as manager at Chelsea FC. He also represented Italy, earning 34 caps for the national team, served as a pundit, and today speaks widely on subjects such as motivation, performance and management.
Di Matteo’s career began with seasons at the Swiss clubs Schaffhausen, Zürich and finally Aarau, where his team won the Swiss Nationalliga A in 1993. That year, he transferred to Italian club Lazio, where he became a regular starting-11 midfielder. After three years at the club, he was transferred to Chelsea, and remained here for the rest of his playing career. He contributed to the club’s major resurgence, helping the team achieve two FA Cup wins, and titles in the Soccer League Cup, FA Charity Shield, UEFA Cup Winner’s Cup and EUFA Super Cup. He notably and famously scored within just 42 seconds of kick-off at the 1997 FA Cup Final.
Though he was born in Switzerland, Di Matteo’s family were from Italy, and he represented the country internationally. He made his Italian debut in 1994, and would go on to earn a total of 34 caps, including at EUFA Euro 1996 and the 1998 FIFA World Cup.
Following his years on the pitch, Di Matteo enjoyed a successful managerial career. During a one-year contract, he led Milton Keynes Dons to a third-place finish in League One, and followed this up by helping West Bromwich Albion win promotion to the Premier League in 2010. He later served as assistant manager and then manager and first-team coach at his old team of Chelsea, helping them to FA Cup and UEFA Champions League victories, before completing stints with German club FC Schalke 0 and Aston Villa. 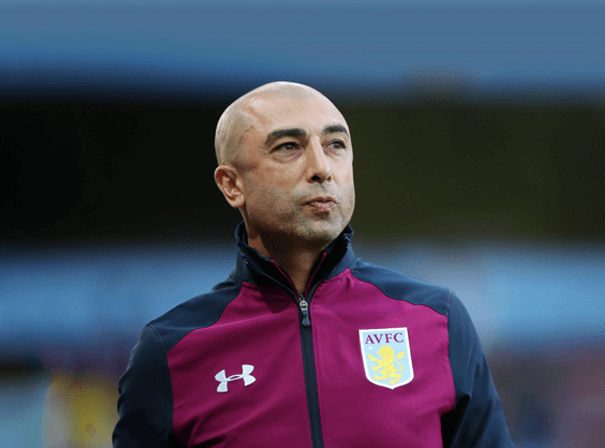