Few people in the UK won’t be aware of Romeo Beckham — after all, his parents were inescapably one of the most famous couples on the planet when he was born. But now, in his twenties, Romeo Beckham is building a career for himself as a professional footballer with MLS Next Pro side Inter Miami CF II (formerly Fort Lauderdale CF). He made his debut for them during the 2022 season, playing in 20 of the campaign’s 24 games and scoring twice. Unsurprisingly, he is also a major presence on social media and has over 3.6 million followers on Instagram. As a mark of how popular he is on the platform, a recent captionless selfie of the back of his head got over 63,000 likes — now that is popularity!

Beckham is the second son of football legend David and former Spice Girl Victoria. He was born in London in 2002 and can boast Elton John and Liz Hurley as his godparents. He was educated at the prestigious Wetherby School in London (example alumni include the Princes William and Harry) and then at the equally highbrow Millfield School near Glastonbury. As a teenager, he also joined Arsenal’s youth academy along with his two brothers, although all three were ultimately let go.

After leaving Arsenal in 2015, Beckham decided to turn his hand to tennis and began training with the legendary Andy Murray. In 2020, however, Beckham realised that his heart lay in football, and in 2021, he signed with the reserve team of Inter Miami, the MLS expansion side launched by his father. He made his professional debut that September and has been working hard on his game ever since. 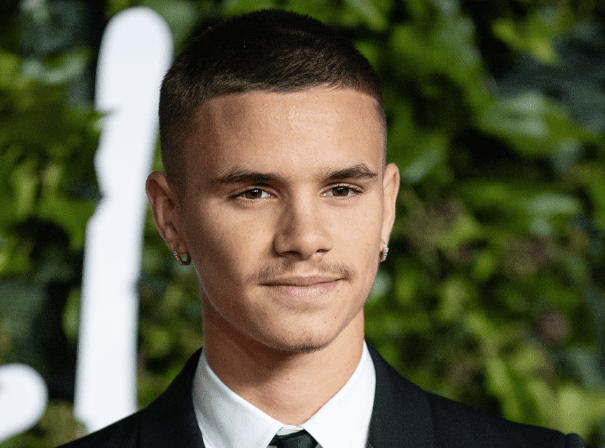