Rosario Isabel Dawson is the multi-talented celebrity hailing from New York.
She is an actress, producer, singer, writer, and even a political activist. The first film Rosario ever appeared in was called Kids, in 1995. Thanks to her great performance in this independant drama, Rosario’s on-screen talented was noticed and subsequent roles began to flood in.
Some of these roles include, 1998’s ‘He Got Game’, 2001’s ‘Josie and the Pussycats’, 2002’s ‘Men in Black II’, 2005’s ’25th Hour’, ‘Rent’, and ‘Sin City’, 2007’s ‘Death Proof’, 2008’s ‘Seven Pounds’, 2010’s ‘Percy Jackson & the Olympians: The Lightning Thief’ & ‘Unstoppable’ and finally 2014’s ‘Top Five’. This truly breathtaking list of appearances is a true testament to Rosario Dawson’s talent as an actress, as well as her demand in the States.
As if this were not enough, Dawson has also done some voice acting. She has provided voice-over work for the multinational media and entertainment conglomerate company, Disney and has also done work with world famous comic book & film producing company, DC.
Rosario Dawson is the proud owner of a Satellite Award for Best Supporting Actress in the feature film, Rent and was also nominated for the Critics’ Choice Movie Award for Best Actress in a Comedy, for her appearance in ‘Top Five’.
Today, Dawson plays Claire Temple in the Marvel series on Netflix and appears in Daredevil, Jessica Jones, Luke Cage, Iron Fist, and The Defenders. 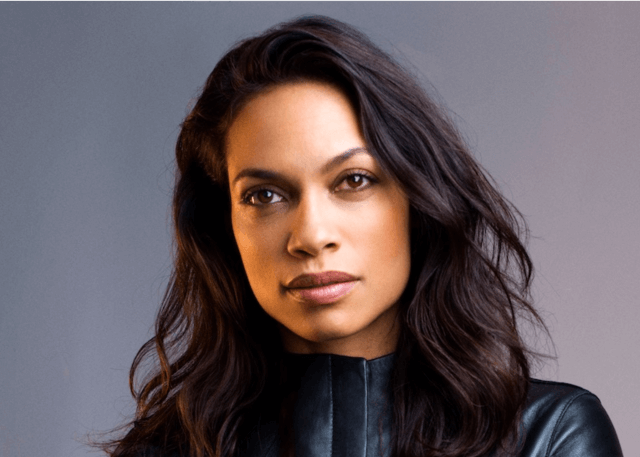