Known for his winning smile and rugged good-looks, powerful athlete Seabelo Senatla is a professional rugby player. He is an Olympic Bronze medallist, and a Gold medal winner at both the Commonwealth Games, and the World Games.

Born and raised in Welkom, South Africa, Senatla started playing schoolboy rugby at High School and his natural ability quickly earned him selection with the Griffons. He played at the U-16 Grant Khomo Week tournament in 2009, and at the U-18 Academy Week tournament in 2010. He was also a member of the Griffons U19 side who played in the 2011 U-19 Provincial Championship. In 2012 he moved to Bloemfontein and played for the university side CUT Ixias. He also played for the Free State U-19 side and the Free State U-21 side. It wasn’t long before he caught the attention of the national rugby sevens team and he signed a two-year contract with SARU to play on the IRB Sevens World Series circuit for 2013 and 2014. He also played in the 2013 Rugby World Cup Sevens, and was later part of the team who won Gold at the 2013 World Games in Columbia, and then Gold at the Commonwealth Games in 2014. He was also selected to the South Africa U-20 side for the 2013 IRB Junior World Championship, helping them reach the semi-finals. As well as playing for his country, Senatla also began playing for Western Province, as well as for the Stormers, a team he helped win the 2014 Currie Cup. He was named as part of the national squad for the 2016 Olympics in Rio, going on to help his country claim a Bronze.

Senatla regularly connects with his legions of followers and fans through Instagram, and Twitter, posting pictures and videos of his life around rugby. He is also available for that personalised shout-out via the Cameo platform. 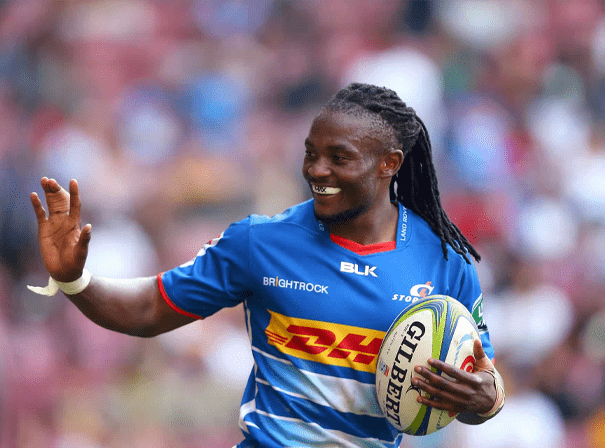