Garnier was born in 1984 and originally planned to become a professional Soccerer, being on the books of both Auxerre and Troyes. However, constant injuries curtailed a promising career and he resolved to pursue a career in coaching. In doing so, he discovered his unique flair for freestyle Soccer, an exuberant style of ball control that involves elaborate techniques and tricks based on everything from circus performance to breakdancing. It was the latter that Garnier wove into his theatrical style, learning from grandmasters such as world champion Benjamin Aw. In 2008, just two years after beginning his freestyle journey, Garnier travelled to Brazil to compete in the first Red Bull Street Style Championships and won, bringing his name to a worldwide audience for the first time.

As well as dazzling the world with his skills, Garnier continues to be a team competitor, captaining the Massaliotes profutsol team (a flamboyant style of indoor Soccer) and taking part in Panna matches (one-on-one games that involve trying to nutmeg your opponent). With such a varied career and global reputation, Garnier will be amazing audiences for years to come. 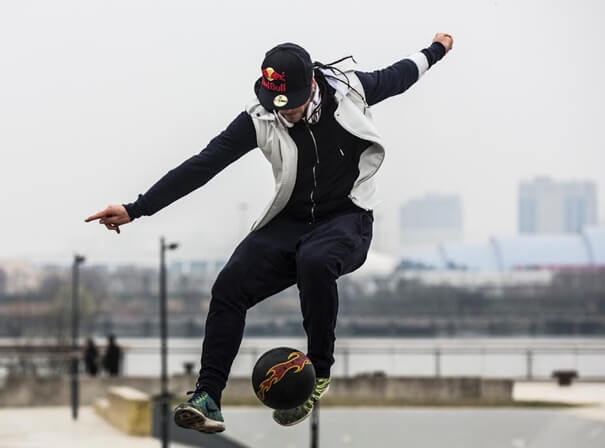