One of the best defensive midfielders in the world today is Barcelona’s Sergio Busquets. Loyal to the Spanish giants for his entire career, Busquets has made an incredible 600 appearances for the club and is currently vice-captain. He has won every Spanish cup and title possible, including eight La Liga titles and three UEFA Champions League titles. For his country, he has won over 100 caps, liting both the World Cup and European Championships.

Born in the Catalonian city of Sabadell in 1988, Busquets played for various local teams before being taken on by Barcelona — for whom his dad was a goalkeeper in the 1990s — aged 17. He worked his way through the ranks, establishing himself as a key part of the youth team, winning promotion with the B team, and finally becoming part of the senior team in 2008. Within a couple of years, he was an ever-present in the all-conquering side. In 2015, he cemented his place in Soccering history when Barcelona became the first team in history to complete the La Liga, Copa del Rey, and Champions League treble twice (having previously done so in Busquet’s first season with them).

Busquets made his first international appearance for the Spanish U21s in 2009, earning a call-up to the senior team in time for the 2010 World Cup. He played in all but half-hour of the tournament, including the final, in which Spain beat the Netherlands to reach the summit of world Soccer. Busquets and his teammates were subsequently decorated with the Gold Medal of the Royal Order of Sporting Merit. 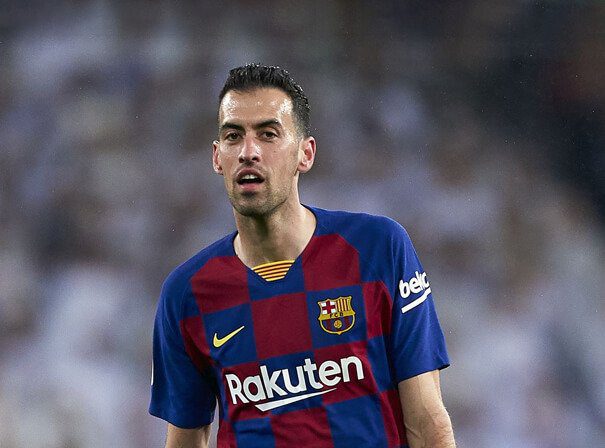