With nearly forty years in entertainment, Seth Green’s a respected actor in the industry. Not only does he voice several characters in his series, Robot Chicken, but he originated Chris Griffin’s voice in Family Guy, playing the part for over twenty years.

Green grew to prominence after landing the lead in Woody Allen’s Radio Days. That same year, he played Patrick Dempsey’s little brother in the ‘80s cult classic, Can’t Buy Me Love. By the ‘90s, his stint in ABC’s Good & Evil earned him a Young Artist Award for “Best Young Comedian.” He also landed starring roles in series like The Byrds of Paradise, Buffy the Vampire Slayer, and countless guest-star appearances, given the actor has nearly 200 credits. As his fame grew, Entertainment Weekly included Green on their “100 Most Creative People in Entertainment” list and named him “Best TV Actor.” By the end of the decade, he voiced characters in Batman Beyond and 100 Deeds for Eddie McDowd.

At the turn of the century, Green nabbed starring roles in several blockbuster movies, including Rat Race, the Austin Powers films, The Italian Job, Scooby-Doo 2: Monsters Unleashed, Without a Paddle, and Old Dogs. All the while, he landed leading roles in Greg the Bunny, Four Kings, and Titan Maximum—the latter, he executive produced. He would also start one of his most successful ventures: creating, directing, writing, executive producing, and starring in the multi-Emmy-winning, Robot Chicken.

Although he starred in Dads, Green has stepped into a voice-acting role in more recent years. Some of his notable shows include Hulk and the Agents of S.M.A.S.H., Crossing Swords, and Teenage Mutant Ninja Turtles. Additionally, he’s lent his voice to box office smashes like The Guardians of the Galaxy films and The Lego Batman Movie. 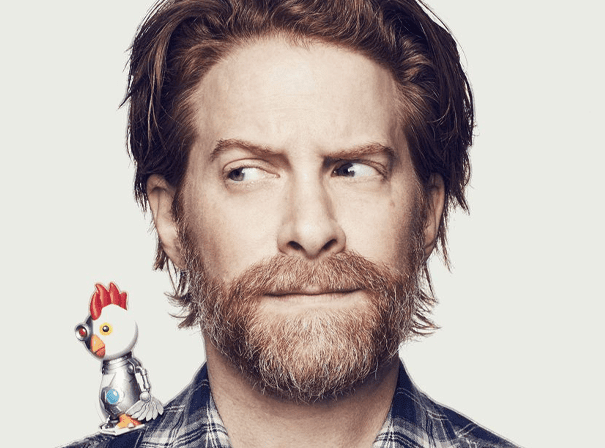