Shane Williams MBE is widely regarded as one of the greatest wingers Rugby Union has ever known. He is Wales’ most-capped player, a former winner of the World Rugby Player of the Year Award, and has been inducted into the World Rugby Hall of Fame. His devotion to the game saw him made an MBE in 2012. Since retiring from playing in 2015, he has carved out a successful second career as a pundit for various channels and as a management consultant for Mitsubishi Hitachi Power Systems.

A proud Welshman, Williams was born in Swansea but grew up in the former mining village of Glanamman. Although passionate about rugby from a young age, he was told that he was too small to play and so decided to become a footballer — he played for Cwmamman United in the third tier of Welsh football for some time. The change came on the day of Cwmamman cup final when Williams was invited to play rugby for Amman United instead. He skipped the cup final and scored five tries as Amman trounced their opposition by over 80 points.

Williams eventually became a rugby pro in 1998, signing for WRU club Neath. He made over 120 appearances for them before becoming a founding player of the Ospreys, making over 140 appearances for them. He won his first international cap in 2000 and would go on to win a record 87 caps for them — he once reckoned that to the Welsh jersey was the “best feeling ever”. He also made four appearances for the British and Irish Lions. 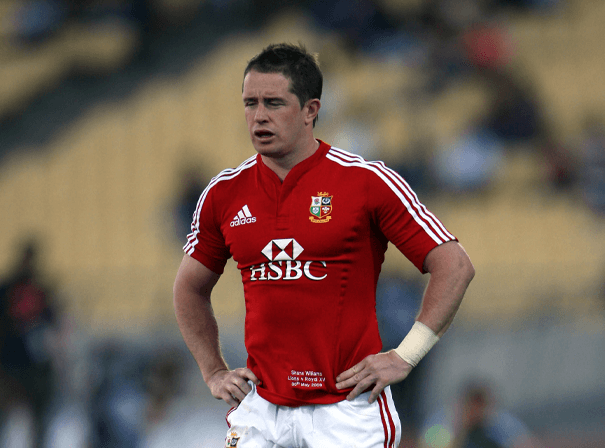