Rugby union ace Siya Kolisi is the current captain of the South Africa national team. Kolisi – who mostly plays as a flanker – also plays for Western Province in the Currie Cup and Stormers in Super Rugby. Kolisi made history when he became the first black man to become captain of the Springboks, and in 2019 he led the team to victory against England in the Rugby World Cup Final. In the same year he was named one of 100 Most Influential Africans by New African magazine.

Born Siyamthanda Kolisi in Port Elizabeth, South Africa, Siya had a tough childhood growing up in the impoverished township of Zwide and got his big break when he was spotted at a local youth competition by scouts. Kolisi was offered a scholarship at Port Elizabeth’s Grey Junior School followed by a rugby scholarship at the elite Grey High School where he became a regular player in the first XV rugby team.

In 2011 Kolisi made his senior debut in the Vodacom Cup for Western Province, before graduating to the Stormers squad in 2012 where he made a name for himself with 16 appearances and 1 try. The following year he gained international recognition after an impressive season and in 2017 became the new captain of the Stormers. On 28th May 2018 Kolisi became the first black captain in the 126 year history of the Springboks, in a moment described as “monumental’ by former Springbok Bryan Habana.

Kolisi is also making a difference to the world away from the pitch, and in 2020 he launched The Kolisi Foundation in response to the Covid-19 pandemic in South Africa providing food parcels and PPE equipment across the country. 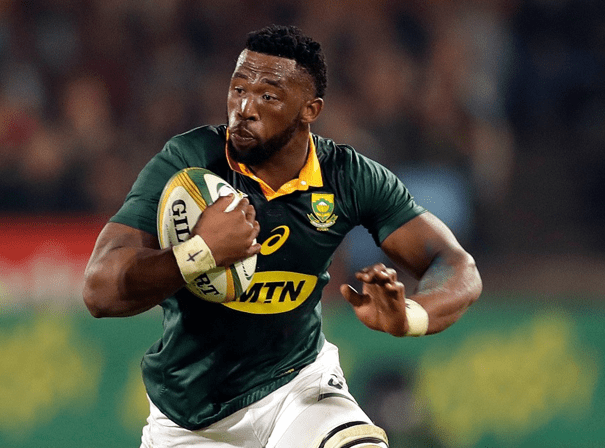