One of the world’s leading economists, Stanley Fischer served the globe’s most influential business leaders and politicians during his fascinating career. The former Governor of the Bank of Israel, Fischer was First Deputy Managing Director of the International Monetary Fund (IMF) during some of the busiest years in its history. He has also served as chief economist at the World Bank, and was nominated as Vice-Chairman of the US Federal Reserve Board of Governors in 2014 by United States President Barack Obama. Fischer is the author of economic textbook Lecture on Macroeconomics, and the co-author of Macroeconomics and Economics.

Born in Northern Rhodesia (now Zambia), Fischer visited Israel in 1960 where he studied Hebrew before winning a scholarship to study at the London School of Economics. His education continued in the United States where he earned his PH.D in economics before becoming an American citizen in 1976. Fischer’s career began in academia, working at the University of Chicago before becoming a professor at the MIT Department of Economics in 1977.

In 1988, Fischer left the university to become Vice President, Development Economics and Chief Economist at the World Bank, followed by the role of First Deputy Managing Director of the IMF. In 2005, Fischer was recommended as Governor of the Bank of Israel by Finance Minister Benjamin Netanyahu and Prime Minister Ariel Sharon, and the Bank of Israel became ranked first for efficient functioning amongst central banks under his management.

Fischer stepped down in 2013, and the following year his decades of expertise and leadership skills were recognised by the American President Barack Obama, who nominated him as vice chair of the Federal Reserve System. Although Fischer stepped down as Vice-Chairman in 2017, he remains a highly respected expert on the economic landscape. 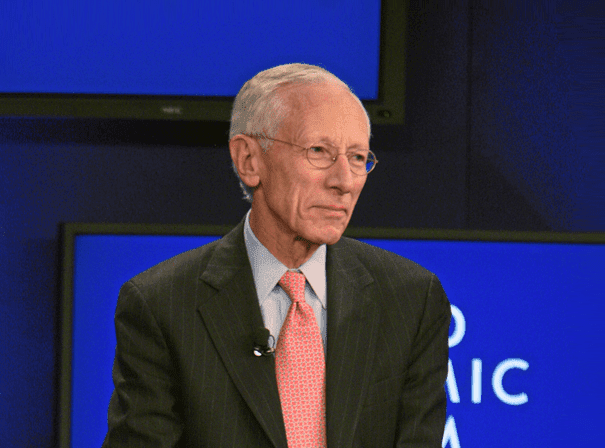