While a certain Mr. Jobs may have become synonymous with the emergence of Apple as a primary innovator in the technological revolution, few would downplay Steve Wozniak’s influence on the formative years of both the brand and the industry as a whole. An engineer, programmer and philanthropist through and through, Wozniak’s commitment to technological advancement and contributions to early computer science are responsible for a vast number of modern computer functions and features that we now take for granted.

Having single-handedly developed and designed the Apple I, the product which introduced Apple to the masses and ultimately led to its status as the largest information technology company worldwide, Wozniak turned his attention to bringing colour graphics and straightforward usability to personal computers. The resulting product – the Apple II – was one of the first personal microcomputers with appeal beyond hobbyists, introducing the idea of computer ownership to the average consumer. After leaving Apple, Wozniak helped develop a range of products and services that now make our lives infinitely easier, from wireless GPS technology to universal remotes, further cementing his reputation as an innovator and scientist remaining firmly on the side of the everyday consumer.

Awarded honorary degrees by no fewer than ten major universities around the world, the National Medal of Technology by Ronald Reagan in 1985 and earning an induction to the National Inventors Hall of Fame in 2000, the legacy Wozniak has left on modern life is difficult to measure in words. In the context of the digital era, almost none have had an equal impact in improving the lives of everyday individuals across the globe. 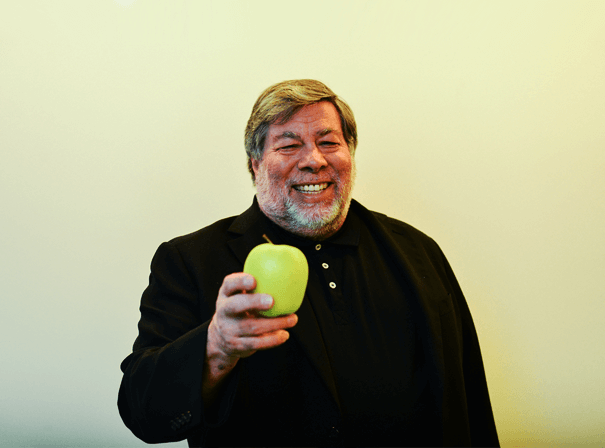