Terry Butcher is an iconic former England footballer who has also had a fine managerial career and is now an accomplished pundit. Should you be looking for an inside track on world football, for a commentator, brand ambassador or guest speaker, Butcher is a perfect choice. Playing as a sweeper or centre back, Butcher is a 6ft 4″ tough tackler who is bets known for having cut his head whilst playing for England. Rather than going off, Butcher carried on with a blood soaked bandage wrapped round his head, proving he has the heart and drive of a lion and is not afraid to really get stuck in. Butcher all captained the England team and played 77 times for his cottony in all. In his career he played domestically for Ipswich Town, Ranges, Coventry City, Sunderland and Clyde Bank and played a total of 445 games, netting 24 goals in that time. He also went on to manage clubs in England, Scotland, Australia and Wales.
Outside of the game, Butcher had a chain of insurance brokers which were later acquired by the Norwich and Peterborough Building Society and has worked as a pundit during England matches on BBC Radio Five Live, Europa League matches on Five and on Setanta Sports’ SPL coverage. Butcher also worked for BBC Sport during the 2006 World Cup so is a natural in front of the camera and can offer real insight into the game. 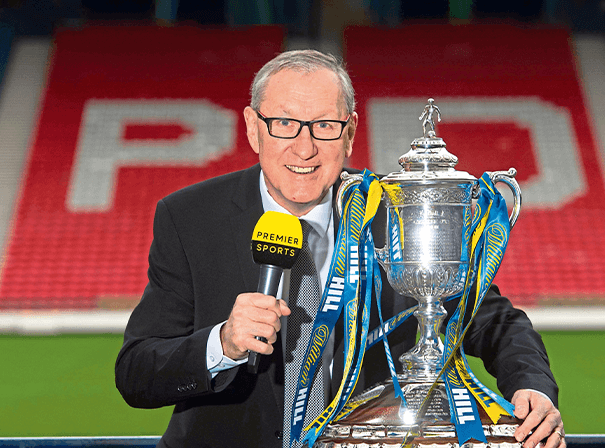