Theodore Whitmore is a former Soccerer now famous as the manager of the Jamaica national Soccer team. As a key member of the well-known ‘Reggae Boyz’ Jamaican side in the 1990s, he earned 105 caps and racked up 24 goals for his national team.

Whitmore started his playing career at Montego Bay Boys Club, making his name as a creative and skilful midfielder and easily recognisable for his tall frame. He was snapped up by English team Hull City, where he quickly began to make a name for himself, appearing 77 times for the club and becoming a firm favourite with fans. In the following years he played for Scottish side Livingston and Tranmere Rovers, before returning to Jamaica as player/coach for Seba United.

His impressive international career kicked off in 1993 with a friendly against the United States, and he was part of the ‘Reggae Boyz’ side that advanced to their first World Cup in 1998, Whitmore playing a key role in their success and his contribution earning him the title of Caribbean Soccerer of the Year.

His management career began at Seba United in 2006, and the following year he was appointed interim manager of the Jamaica national team. In 2008 he guided the team to back to back wins against Mexico and Honduras, and he was a popular choice to take on the role of manager when John Barnes left in 2009. Whitmore initially resigned from the position in 2013, choosing to work as the Jamaica U20 coach instead for several years, but returned to the head coach role in 2016, signing a new four year contract with the Jamaica Soccer Federation in 2018. 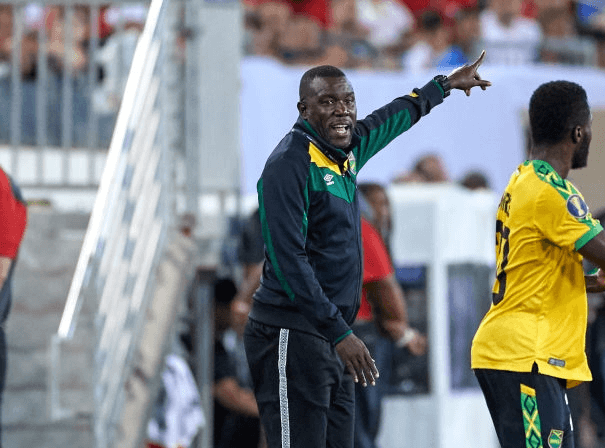