With plans to become an astronaut, young soccer player Tierna Davidson has accomplished something even greater than flying to the moon in her 23 years on this planet. She has carved herself an extremely successful career as a sportswoman in a very male orientated field, and proved everyday that women can do everything men do and much much more.

Growing up in California, Tierna first found her passion and talent for soccer whilst attending Stanford University. In 2017 the center left back won the Pac-12 Defensive Player of the Year, and the 2017 College Cup for Most Outstanding Defensive Player. Whilst still in college, Tierna started playing for both the senior and U20 Women’s National Team. In 2018 she was called up to play with the USWNT at the Tournament of Nations, and later that year was honored with US Soccer Young Female Player of the Year. The following year Tierna got the even greater honor of being offered a position on the squad headed to the 2019 FIFA Women’s World Cup, becoming their youngest player. The young superstar has also played with the USWNT in the SheBelievesCup every year from 2019 to now.

With this very early resounding success, it is no doubt that Tierna was the first overall draft in the 2019 National Women’s Soccer League Draft. The Chicago Red Stars added a true champion to their lineup that year. With 67.6K followers, Tierna has a massive online presence and is a brand ambassador for Nike. 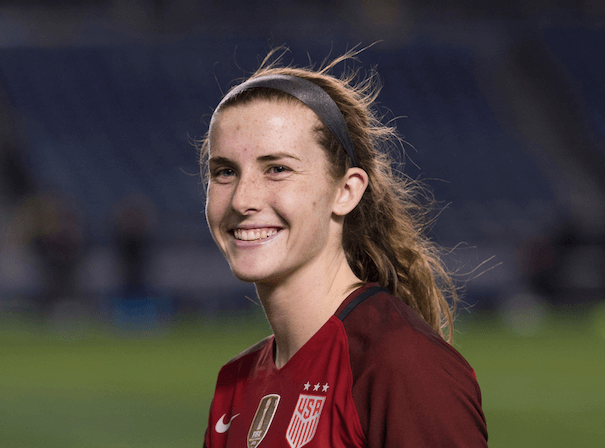