For some, a charismatic bundle of positivity, for others, a care-free hippy lost in the magic of the 60’s. Undeniably though, Tommy Chong has earned himself a distinct reputation. Known for his passionate cannabis rights activism, and his part alongside Richard Marin in the satirical classic Cheech & Chong, not many reach the level of devotion that Chong has made his life mission. As an actor, director, writer, musician and comedian – Chong fully embodies creative versatility.
Chong’s musical roots were responsible for his slipstream to stardom. With a feeling for rhythm from his youth, Chong packaged his signature blend of comedy, charisma and consonance into his hit 1971 album Cheech & Chong, which was nominated for Best Comedy Recording at the Grammy Awards. His success continued with his second album Big Bambu in 1972 which received the same nomination at the 15th Grammy Awards.
Chong’s comedic flair is globally recognized, from 11 albums with counterpart ‘Cheech’ to stand-up with his wife, Chong’s ability to light up the room gives eternal life to his work, so much so that nearly 50 years on, Cheech & Chong is still a Netflix hit – living on in its unique, characteristic humour. Chong hasn’t only starred in his own productions, also featuring in That 70’s show and Dharma & Greg, both popular in their own right. Chong continues to feature in popular productions to this day, including voiceovers in South Park and Zootopia. It goes without saying, Chong’s comedic palette is as colourful as his career. 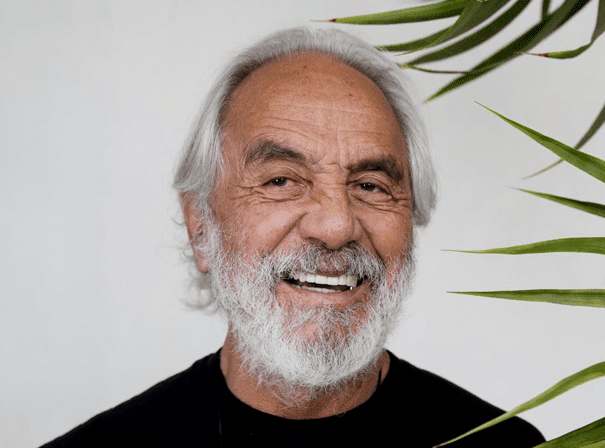