As the host of two of the Food network’s most popular cookery shows, Valerie’s Home Cooking and Kids Baking Championship, Valerie Bertinelli’s mixture of charisma and charm has proved to be a winning recipe with viewers of all ages. Bertinelli became a household name at just fifteen years of age when she played Barbara Cooper Royer in hit US sitcom, One Day at a Time. The show aired for nine years with Bertinelli appearing in 208 of its 209 episodes. She subsequently portrayed Gloria on the hit US drama Touched by an Angel before starring as Melanie Moretti in the hit sitcom Hot in Cleveland.

Author of two popular weight loss books, 2008’s LosingIt: And Gaining My Life Back One Pound at a Time and 2009’s Finding It: AndSatisfying My Hunger for Life Without Opening the Fridge; Bertinelli is now aself-proclaimed weight-loss activist and promotes healthy eating and wholesomelifestyles through her popular cookery shows, the latest of which, Family FoodShowdown, has proven to be one of the Food Network’s most popular shows of2019.

Bertinelli’s contributions to television haven’t goneunnoticed. She has been honoured with a star on the Hollywood Walk of Fame and recentlypicked up two Daytime Emmy Awards for Outstanding Culinary Host and OutstandingCulinary Program. Today, her passion for fine cuisine and a healthy lifestyleis an inspiration to health-conscious food lovers the world over. 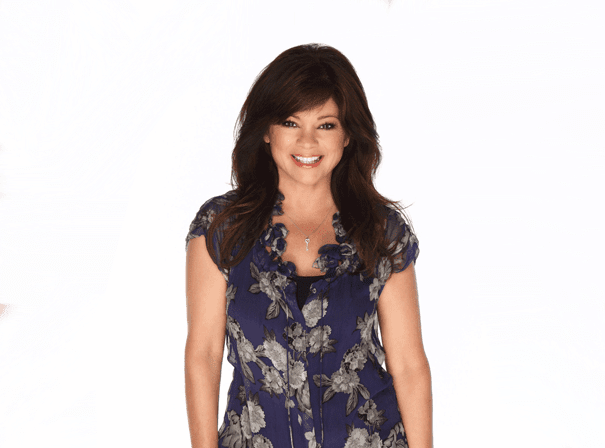