Former New Zealand rugby player and then coach Wayne Shelford is closely linked with his national side and was always great both on and off the field. Wayne is also the man credited with bringing about the improved performance of the All Blacks’ traditional “Ka Mate” haka and during the 1980s captained his side through many memorable games. Later in life, Wayne had to battle against a lymphoma form of cancer, and did so to make a full recovery. He then went on to study at Massey University in Albany, Auckland, and has two sons, whilst in 1991 he was appointed a Member of the Order of the British Empire for services to rugby.
It was in 1985 that Wayne first played for the mighty All Blacks and that first game was against France. He went on to play in the World Cup for his national side and also captained the side on a 1987 tour of Japan and then for three more years after that. Domestically, Shelford moved to England to play for Northampton and was a key part of the side that helped get them to the final of the Pilkington Cup. He retired in 1995 from all forms of the game. As such, sportsmen don’t come much more celebrated and influential than the brilliantly talented Wayne Shelford, so to have this legend of the game and acclaimed manager present an award on your behalf, act as brand ambassador, deliver can after dinner speech or work your charity event is to add real star quality. 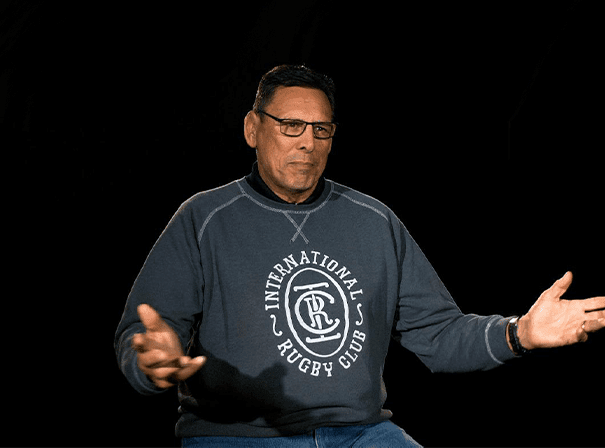