Welsh tenor Wynne Evans is known for his many operatic roles, his radio and television presenting, and for helping to bring opera to a wider audience. His extraordinary career has seen him perform at rugby stadiums, opera houses, and concert halls, and he has become familiar to millions as the face of Go Compare.

Evans trained at the Guildhall School of Music and Drama and the National Opera Studio, and has enjoyed a glittering operatic career. He has performed regularly with the Welsh National Opera and English National Opera, and at venues including Covent Garden, Opera Holland Park and the Almeida Theatre. He was cast in the filmed 25th anniversary concert of The Phantom of the Opera at the Royal Albert Hall, has performed at the opening night of the BBC Proms, and his debut solo album A Song in My Heart entered at No 1 in the UK Classical Charts.

Since 2009, Evans has been the face of the Go Compare insurance comparison website, adopting the flamboyant character of Gio Compario. In the company’s adverts he has starred opposite celebrities including Sue Barker, Louis Spence and Ray Mears, and performed the role in a Channel 4 Comedy Gala for Great Ormond Street Hospital. Now an established media personality, he has presented for the BBC, S4C and Classic FM, including the weekly Wynne Evans’ Big Welsh Weekend for BBC Radio Wales and Classic FM’s The Guide to Opera. He has appeared on Breakfast, Daybreak, Songs of Praise, and is the narrator of the Channel 4 series Sun, Sea and Brides to Be. Evans is an Honorary Fellow of the University of Wales Trinity Saint David, a member of the Gorsedd of the Bards of Wales, and was appointed a Member of the Venerable Order of Saint John by the Queen. 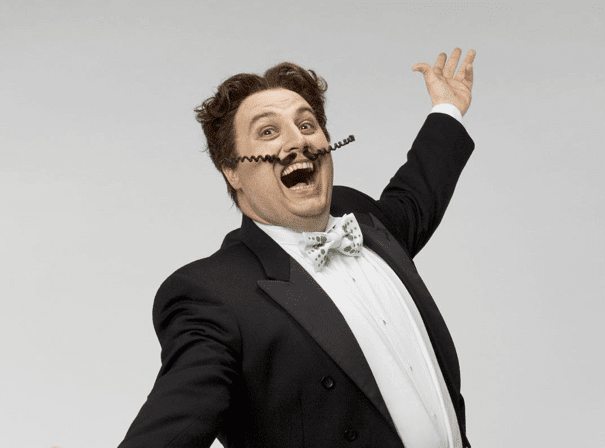