One of the emerging talents of British football — and one of the too-few British Asians at the game’s top level — is Zidane Iqbal, a young Mancunian midfielder currently on the books of Premier League titans Manchester United. He has been with the club since signing for them in 2012 when he was just nine years old but, at the time of writing, has yet to make his first-team debut. In the summer of 2022, he looks likely to be going out on loan to get some league experience. In January 2022, he made his international debut for Iraq, one of the three teams he was eligible to represent (the others being England and Pakistan).

Iqbal’s story begins in Manchester in April 2003 when he was born to a Pakistani father and Iraqi mother. As a child, he first played football with Sale United of the Timperley & District Junior Football League. His potential was noticed by Manchester United, who signed him to their academy in 2012. Nine years later, he made history when his appearance as a last-minute substitute in a Champions League game made him both the first British-born South Asian to play for United and the first such player to appear in the Champions League.

Iqbal obtained an Iraqi passport in 2021 and made his senior debut for them in their World Cup qualifying campaign in January 2022. 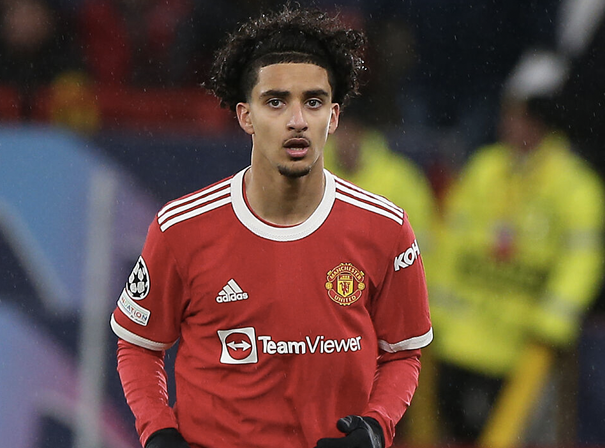