Former professional All Blacks player Zinzan Brooke, despite playing in a team of exceptional talents, was a standout forward on the rugby field throughout his long and successful career. As such, he now draws on those elite sporting experiences to inspire, educate and amuse audiences from many sectors, be they corporate, school or business. It was Zinzan’s rare combination of flair, skill and toughness that saw him rise through the New Zealand ranks to eventually play for the first team in 1987.

In total, the talented Zinzan Brooke went on to score an impressive 41 tries for the famous All Blacks, having made his debut at the age of 22, and in fact won the first ever edition of the Rugby World Cup with New Zealand in 1987. More World Cup caps followed in 1991 and 1995, with Zinzan mesmerising crowds in one of the games thanks to a stunning 47m drop goal – not something your average forward is capable of doing.

In total Zinzan notched up 100 appearances for the All Blacks and was charged with captaining the side on 5 occasions, amassing a personal total of 195 points in all games. After international retirement, Zinzan went on to play for Auckland Blues with whom he won two more titles, before signing as player, then manager, with English side Harlequins. Now a rugby hero as well as successful business man, Zinzan’s stories, insights and attitudes now entertain after dinner crowds everywhere. 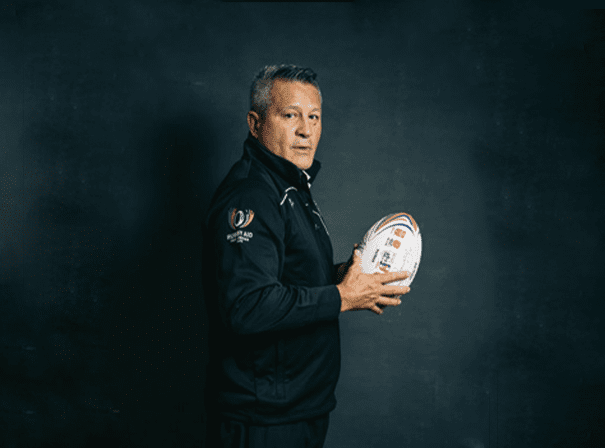