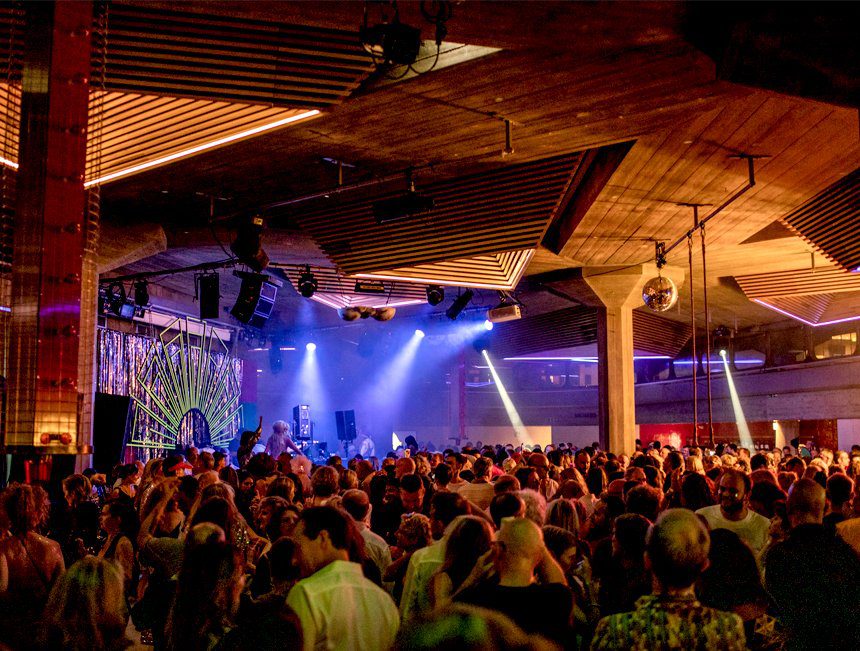 The disco pioneer kicked off his edition of Meltdown Festival this weekend with a barnstorming performance alongside CHIC, followed by a flamboyant celebration of disco as MN2S’ A Night of Studio 54 took over the Southbank Centre.

In a sold-out inaugural edition that The Guardian described as “ecstatic”, prompting the paper to loudly proclaim that “disco springs eternal” , MN2S’ A Night of Studio 54 transformed the Queen Elizabeth Hall’s foyer into an incredible recreation of the original club that brought the Studio 54 ethos straight into the 21st century. Bringing stunning set design and the club’s original resident DJs to perform alongside dancers, acrobats, drag queens, roller-skaters, and trapeze artists, the first iteration of A Night of Studio 54 was an unqualified success that not only proved the concept, but made certain that this electrifying experience is ready to be taken on tour across the globe.

Musical icon and disco legend Nile Rodgers hand-picked the A Night of Studio 54, a branded event conceived by MN2S’ Liberty Barrett, to appear at the latest edition of Meltdown festival, an annual event that invites famous names to curate specialised line-ups for one-off events that bring together some of music’s most legendary names. Taking place at the Southbank Centre from 3rd to 11th August, the festival will also see Johnny Marr, Jungle, Alfa Mist, SOPHIE, Songhoy Blues, KOKOROKO, and F4CADE perform.

“The pop-up club confirms disco’s status as the most formidable, and resilient, pleasure-delivery system ever conceived by pop music.”

MN2S all-new Studio 54 experience is coming to London this August, and tickets are already sold out. Musical legend and titan of…

Jellybean Benitez has crafted some of the best music of the 80s and beyond. These are his six best tracks.   As…