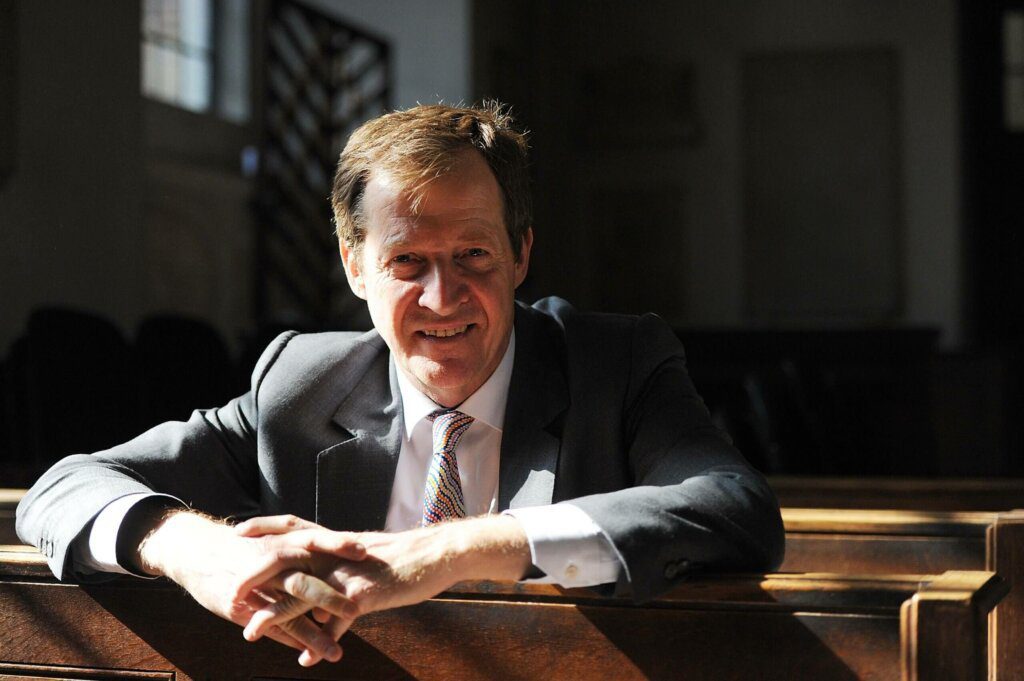 In our Talent Profiles series, we shine a spotlight on some of the biggest names that MN2S have worked with. Ranging from actors to sportspersons, models to celebrity chefs, there’s no niche that our extensive roster doesn’t cover.

This week we’re highlighting the talents of five figures from the world of politics and current affairs that are available for virtual and in-person speaking engagements, Q&As, digital campaigns and much more.

Alastair Campbell is an author, political aide, journalist and broadcaster best known for his work as the Downing Street Press Secretary from 1997 to 2000. He also worked as Director of Communications and Strategy for the government from 2000 to 2003 for Prime Minister Tony Blair and went on to resign in August 2003 during the Hutton Inquiry into the death of David Kelly.

Earlier in his career, the Yorkshire born Alastair Campbell was a political correspondent for the Daily Mirror, a paper that backed the Labour Party. He worked as a news editor and was awarded the Scunner epithet by his colleagues, an allusion to the Scunner Campbell in the contemporary children’s TV series ‘Super Gran’. He has also worked as close adviser to Neil Kinnock, was political editor of ‘Today’, and helped to interview candidates for the new Labour Party leader.

After Tony Blair became leader of the party, Campbell left ‘Today’ to become his spokesman, becoming a key part in the 1997 general election campaign working with Peter Mandelson. Again working with Labour in the run up to the 2005 election, Campbell has also been a mentor on BBC Two series The Speaker, often appears on Question Time and other shows like Top Gear and Have I Got News For You. Campbell has also published many books and is a well-informed guest speaker and motivator with a real insight into UK politics over the last thirty years.

An experienced and respected speaker, Fatima Bhutto regularly inspires audiences with her incredible story, speaking with passion on issues such as women’s rights, press freedom, violence in politics and many more fascinating and insightful topics. Fatima was born in Afghanistan in 1982, and her father was exiled from Pakistan after her grandfather was executed by military junta. She then grew up in Damascus, Syria, returning to Pakistan as an adult. It was in 1985 that her uncle Shahnawaz Bhutto was murdered, and then 11 years later that her father, a member of parliament, was tragically killed outside their family home.

Fatima’s experiences have inspired her to move into activism, championing democracy and freedom worldwide through her campaigning and her writing: she has written for several respected publications and authored four books, including her 2018 novel The Runaways.

One of the most notable politicians of her time, Ann Widdecombe is a self-confessed “grumpy old woman” who has become a beloved fixture of British TV. Never afraid to speak her mind and offer a strong opinion, Ann first became a member of parliament in 1987 and was Minister of State for Employment and Minister of State for Prisons in John Major’s government. When her party was no longer in power, she took the roles of Shadow Health Secretary and Shadow Home Secretary and eventually retired from the front benches following the 2010 General Election. One of her key achievements since leaving politics behind has been taking part in the BBC’s hit show Strictly Come Dancing.

At 63 she was the oldest women ever to take part, and although she endured a tough time at the hands of the judges, the British public undoubtedly warmed to her. Ann lasted 10 weeks with her dance partner Anton du Bec. Her comedy-inflected routines showed a self-deprecating sense of humour and won her the adoration of the British public. Ann has also been on hit shows like Have I Got News For You and asked tough questions on Cleverdicks on Sky Atlantic. She regularly writes for the Daily Express and has penned five detective novels, has performed in Donizetti’s La Fille du Regiment at London’s Royal Opera House in 2012 and also appeared in various pantos.

Iain Duncan Smith is a British Conservative politician, who served as Secretary of State of Work and Pensions until he resigned in 2016. From 2001 to 2003 he served as leader of the Conservative party and Opposition. He currently serves as the MP for Chingford, and Woodford Green, formerly Chingford constituency, which he has represented since the 1992 general election.

Born in Edinburgh, Duncan Smith served in the Scots Guards from 1975 to 1981, during which time he toured in Rhodesia and Northern Ireland, after being educated at the Royal Military Academy at Sandhurst. After joining the Conservatives in 1981, in 2001 he took over as the party’s leader from William Hague, winning popularity from the membership due to his support from Margaret Thatcher. Due to an increasing lack of faith in him as leader, Conservative MPs eventually passed a vote of no confidence in his leadership in 2003, after which he resigned and was replaced by Michael Howard.

While on the parliamentary backbenches, he founded the centre-right Centre for Social Justice think tank, and in 2010 was appointed Secretary of State for Work and Pensions, until he resigned from the position in 2016 in protest at George Osborne’s intended welfare cuts revealed in the budget. In 2016, ahead of Britain’s EU Referendum, he campaigned for a Leave vote, commenting that the UK’s membership of the European Union ‘exposes [the] UK to terror risk’.

Unmatched runner, organiser of the London 2012 Olympic Games, life peer in the House of Lords and current chair of the International Amateur Athletics Federation, Seb Coe, now Lord Coe of Ranmore, is a legend in the world of athletics. MBE, OBE, KBE and Companion of Honour, Coe was also 1979 Sports Personality of the Year and received a Lifetime Achievement Award from the BBC in 2012.

A promising youngster who developed his talents while at Loughborough University, Seb Coe rose to fame during the early eighties, with his famous duels against fellow British middle-distance runner Steve Ovett capturing the public’s imagination. At the Moscow Olympics, each won the event the other was expected to win, with Coe settling for silver in his favoured 800m and taking gold in the 1500. They maintained their battle for several years, yet Coe maintained his silver/gold double at the next Olympics in Los Angeles in 1984.

Following his retirement, Coe was elected MP for Falmouth and Cranborne in 1992, and made a life peer in 2000. He was also private secretary to William Hague, the conservative leader, between 1997 and 2001, and president of the AAA from 2000 to 2004. He took on a sporting challenge of an altogether different kind when he headed the London Olympic bid, bringing the games to Britain despite strong competition from Paris and Madrid. He remained as chair of the Organising Committee, presenting what is known as one of the best Olympics of modern times in 2012. Coe was appointed Vice President of the IAAF in 2007 and defeated Sergey Bubka to become President in 2015. He continues to work hard, using his diplomatic skills to repair the reputation of athletics following the widespread drugs scandals of recent years.