When 18-year old Adam Rowe walked on stage to performhis first stand-up routine in 2010, he was facing his biggest challenge to date:a small audience of 32. Nine years, three awards, several sold-out shows andheadliner gigs, and two hour-long DVD specials later, the Liverpool Comedian ofthe Year recipient is one of the youngest and most sought-after comics in the UK.His international influence has been steadily rising, with fans requestingshows as far out as South Africa and Abu Dhabi. Considering the entry that wonhim the Dave Joke of the Fringe 2018 Award was ad-libbed, Rowe seems to have atalent for spontaneously finding humour in almost any situation.

Walking away from a maths degree to become a comic seemslike the definition of insanity, but against all odds, the Liverpool-born funny-manmade it work. From the prestigious Big Value Showcase and Liverpool ComedyFestival to the AAA Stand-Up Show at The Pleasance Courtyard, he’s seen hisfair share of packed venues and delighted audiences as fans continue to clamourfor his brutally honest yet magnificently unpredictable and side-splittingstories and observations. Rowe is one of those few. Filming events for his DVD specials,Opinionated Hypocrite and I Know What You’re Saying, were both sold out. 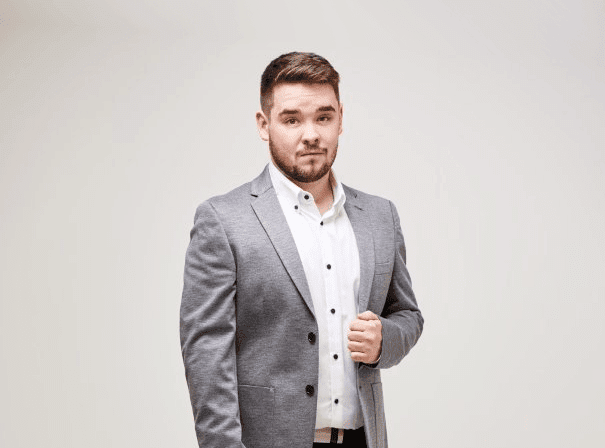