Andrew Santino is a stand-up, actor and producer at the top of his game, who is equally at home on stage in front of his fans as he is on screen in many popular sitcoms, specials and talk shows. As well as his memorable live performances, he is well known for his roles in Here’s the Rub, I’m Dying Up Here, and This Is Us.

After a string of early acting and performing roles, Santino came to wider prominence as a writer, producer and star of the final season of MTV prank show Punk’d. Over the following months, he landed guest roles in shows such as comedy juggernaut The Office, Netflix’s Arrested Development and Children’s Hospital on Adult Swim, and was named one of Comedy Central’s 10 Comics to Watch in 2012.

Today, Santino is now best known as an actor for his roles in the series Mixology, Sin City Saints, Here’s the Rub, and I’m Dying Up Here, and for films such as The Disaster Artist and How I Met Your Dad. Appearing as himself, he is a regular guest on The Joe Rogan Experience, and has appeared on shows including @midnight, Punk’d, The Late Late Show with James Corden, and Last Call with Carson Daly. He recorded the comedy special Home Field Advantage for Showtime, featured in an edition of Half Hour for Comedy Central, and has released his own comedy album Say No More.

Santino hosts the podcast Whiskey Ginger, in which he interviews guests from the world of entertainment while drinking whiskey. Past guests on the show include Nikki Glaser, Bobby Lee and Anthony Jeselnik. He continues to perform his popular stand-up, touring extensively across North America and playing to sell-out crowds. 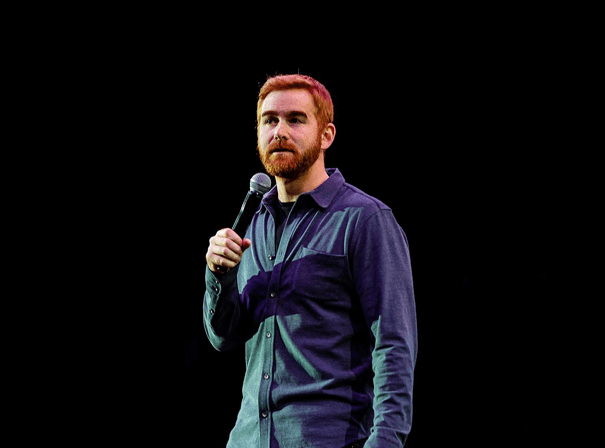