Comedian, actor and writer Andy Daly is one the funniest men in Hollywood, and has an extensive list of credits to prove it. He is recognisable for his work on three seasons of the critically acclaimed Review, for playing Terrence Cutler in the popular comedy series Eastbound & Down, and for dozens of regular and guest roles on both film and television.

Daly’s career began at the heart of the New York City comedy scene, performing with Chicago City Limits as an improvisational actor and with the Upright Citizens Brigade. He was also a member of Amy Poehler’s improvisation troupe The Swarm, and formed the sketch comedy duo The Two Andys with Andy Secunda.

Daly first reached a wider audience performing in sketches on Late Night with Conan O’Brien, and in 2000 he joined the cast of MADtv. Over the following years, he had roles in Crossballs, Reno 911!, The Office, and The Showbiz Show with David Spade, before joining the main cast of HBO sports comedy Eastbound & Down. He has since appeared in dozens of high-profile sitcoms and dramas including Modern Family, The League, Silicon Valley, Veep and The Big Bang Theory. An accomplished voice actor, he has also been heard in animated series Good Vibes, The Life & Times of Tim, and American Dad! From 2014, he co-created, wrote and played the lead role of Forrest MacNeil in the mockumentary series Review for Comedy Central.

On the big screen, Daly’s credits include Semi-Pro alongside Will Ferrell, Middle School: The Worst Years of My Life, Post Grad and She’s Out of My League. He has hosted The Andy Daly Podcast Pilot Project for Earwolf, and has appeared on many comedy podcast staples including Comedy Bang! Bang!, The Nerdist Podcast, Dead Authors and How Did This Get Made? 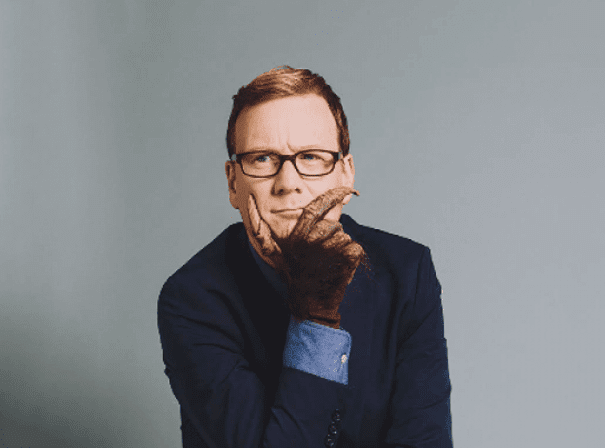