Not many comedians can boast a degree in comic writing, but Andy Field is one of a select few who honed his craft in the classroom. This expert comedian has consistently brought a novel approach to the traditional stand-up scene, skewing convention with hilariously offbeat observations and quirky asides. This Radio 1 Podcaster and web series host is undoubtedly one to watch, and with a BBC New Comedy Award and a 2015 Chortle Student Award under his belt, critics are taking notice. With a steadily growing fanbase and regular appearances at top comedy clubs and notable festivals like Latitude, Bestival, Leefest and Secret Garden Party, Andy Field is swiftly becoming one of Britain’s most sought-after comic talents.

After completing his BA in Comedy Writing and Performance in 2013, Field triumphed over 300 comedians in 2014 to gain a spot in the final round of Leicester Square’s New Act of the Year. His winning set for the Chortle Student Comedy Award memorably included a rendition of his hilarious poem, “Things That My Mum Says” that received high praise and further nudged him towards stardom.

Field’s fans enjoy a wealth of online content, including his web series In The Tub, where he interviews up-and-coming bands while (you guessed it) soaking in a steamy bath. His 6-part BBC Radio 1 podcast, The Andy Field Experience, is one of the most popular comic podcasts available. No stranger to TV work, the comedian can also be seen appearing regularly on ITV2’s The Stand-Up Sketch Show. 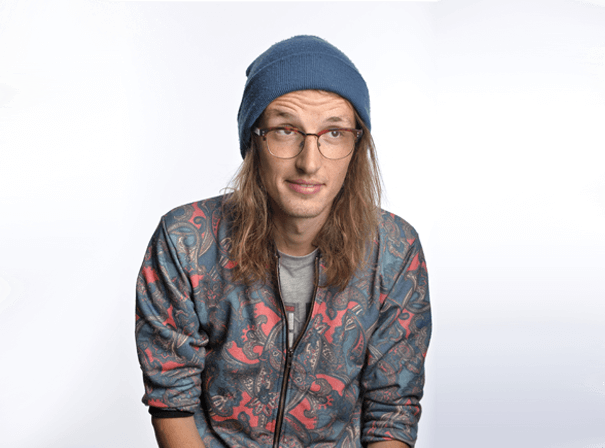