The entertainment industry is something Andy Hamilton is all too familiar with, given his titles of British Comedian, Game Show Panelist, TV Director, Comedy Screenwriter and Novelist; the list is endless. Hamilton’s talents were first recognised whilst he performed at the Edinburgh Festival Fringe in the 70s and he first joined the BBC in 1976.

He appeared mostly on BBC Radio 4, known to many for his limitless humour and infectious charm. His early radio work included Week Ending and The News Huddline, both sketch shows with satirical and comedic elements. Hamilton has appeared regularly on Have I Got News for You, QI and If I Ruled the World, all leading comedy panel shows, and indisputably huge household names. He is the voice of Dr Elephant in popular children’s show Peppa Pig, as well as various children’s show cartoon characters.
In 2007 he co-presented BBC Radio 4’s Woman’s Hour alongside Martha Kearney as part of Comic Relief fundraising activities. In 2017, Radio 4 broadcast Andy Hamilton Sort of Remembers, the first in the series comprised of the topics of childhood, the human body and animals, based on his interesting personal experiences of them. 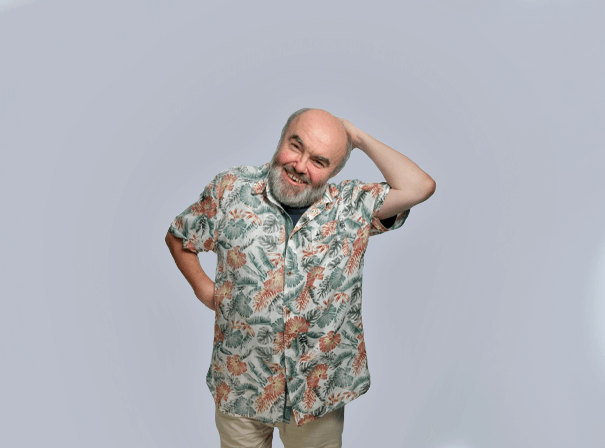