Anjelah Johnson is a widely recognised American actress, comedian and former NFL cheerleader. Johnson is also known by many as appearing in MADtv, an American sketch comedy television series, where she played several characters, including a Vietnamese nail salon employee and a fast food employee turned music star named Bon Qui Qui. She has released numerous stand-up specials and has appeared in many films and popular television shows, working with several giants in the world of television and media such as Netflix and Comedy Central.

Upon moving to Los Angeles, Johnson pursued a career in comedy by taking improve classes. Her talents were recognised and soon she started to make a name for herself, headlining her own shows. Her stand-up shows included hilarious impressions of a Vietnamese nail salon employee and her set received positive attention from many people. It was in 2007 that Johnson joined MADtv as a cast member; she created the character Bon Qui Qui and her self-scripted role was greeted with positive reviews and gained a large YouTube following of fans. Owing to her success, Johnson was nominated for an ALMA Award for Outstanding Female Performance in a Comedy Television Series for her work.

Johnson has worked with many well-known individuals in comedy and has been seen on several shows and featured in notable films; including Alvin and the Chipmunks: The Squeakquel, Our Family Wedding, The Book of Life and the live-action adaptation of Marmaduke. In 2009, she was granted her own one-hour special with Comedy Central, titled Anjelah Johnson: That’s How We Do It. She has also appeared on Ugly Betty and Lopez Tonight, a talk show hosted by George Lopez. Johnson released a second stand-up comedy show titled, Homecoming Show, which premiered on Netflix. In 2015, Johnson launched her third stand-up special, titled Anjelah Johnson: Not Fancy, which was also released on Netflix. 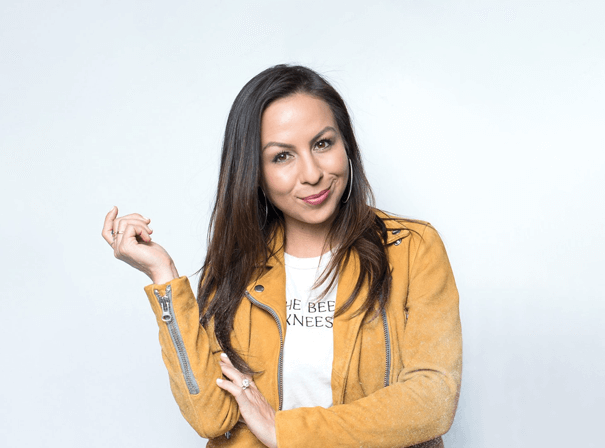